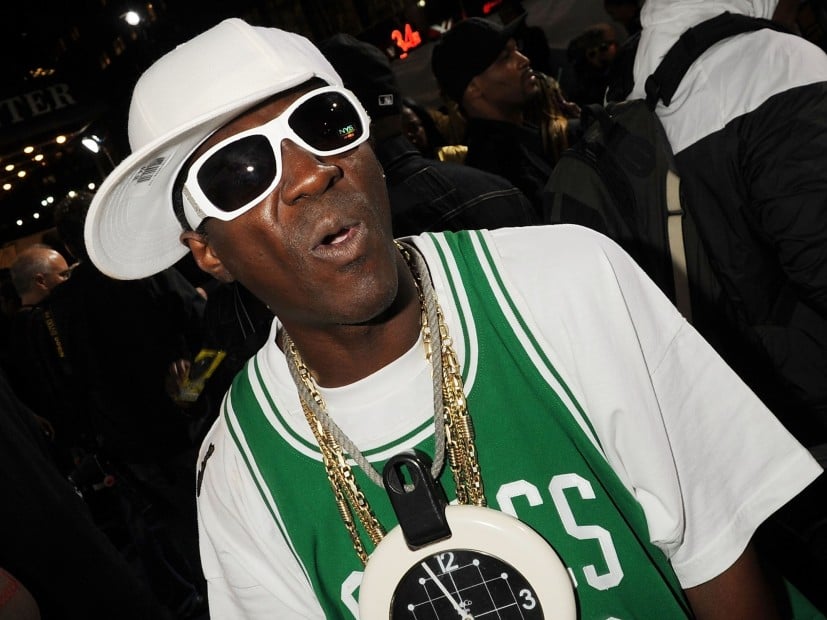 The move followed Flav’s perceived outrage over the Public Enemy name being used to promote a Bernie Sanders rally in Los Angeles — despite the event being billed as a Public Enemy Radio performance.

After the news broke, many assumed Flav was dismissed because of opposing political views. In an official statement sent to HipHopDX on Monday (March 2), Public Enemy Radio asserted the decision absolutely had nothing to do with politics.

Official Statement; Public Enemy did not part ways with Flavor Flav over his political views. Flavor Flav has been on suspension since 2016 when he was MIA from the Harry Belafonte benefit in Atlanta, Georgia.  That was the last straw for the group. He had previously missed numerous live gigs from Glastonbury to Canada, album recording sessions and photo shoots. He always chose to party over work. Public Enemy Radio toured Europe and co-headlined with the Wu-Tang Clan in May 2019 without Flavor. They have also done numerous benefit shows without Flavor. While Public Enemy Radio was moving forward, Flavor Flav was starring on the reality show "Growing up Hip-Hop New York,” where an episode featured his children discussing an intervention and putting him into rehab. It’s time to move on and everyone wishes Flavor well.

On Tuesday (March 3), The Guardian caught up with Flav who confirmed his removal from Public Enemy wasn’t about Sanders.

“I don’t have anything against Bernie,” he said while waiting at the San Diego International Airport to catch his flight home to Las Vegas. “I think he’s a good person and I wish him luck. I think they’re all good people. Except Trump. Some people tried to say I did this because I’m a Trump supporter and that’s not true. Fuck Trump!”

Flav reportedly added the dispute wasn’t about Sanders — it was about Chuck for allegedly including him in plans for a performance he didn’t approve.

Subsequently, Flav’s legal team fired off a cease-and-desist letter to the Sanders campaign, a move that sealed Flav’s fate. As they noted in the official statement, Flav had already been on suspension since 2016 after he was a no-show at an event with Harry Belafonte.

… last final note the last final note was my last straw was long ago. It’s not about BERNIE with Flav… he don’t know the difference between BarrySanders or BernieSanders he don’t know either. FLAV refused to support @Sankofa after @harrybelafonte inducted us. He don’t do that pic.twitter.com/5Ky9dTnzmd