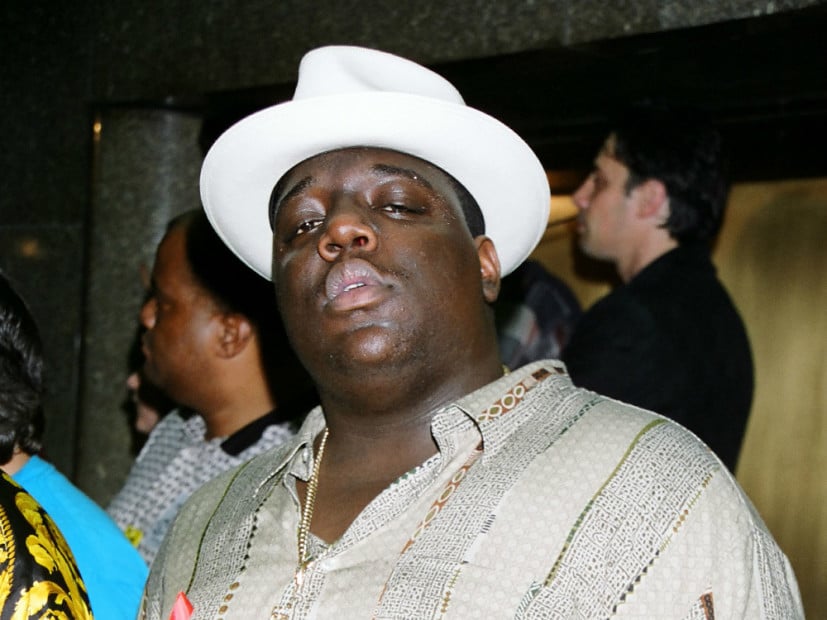 The Biggie-themed chips are the product of a partnership between the Christopher Wallace Memorial Foundation and Rap Snacks ‘Boss Up’ Foundation. Voletta Wallace, Biggie’s mother, expressed her delight at the venture in a press release.

“I’m happy to announce our partnership with Rap Snacks and the Rap Snacks ‘Boss Up’ Foundation to create delicious flavored potato chips packaged with my son’s, Notorious B.I.G. moniker and image,” she said. “Our primary focus in doing this deal was to assure a portion of proceeds of sales are paid to The Christopher Wallace Memorial Foundation to further our efforts of providing computers, books and other educational tools to inner city youth as well as assistance to the elderly in the Urban communities.”

Rap Snacks, originally founded in 1994 by CEO James Lindsay, have become a Hip Hop snack mainstay and are available nationwide. The bags of chips traditionally feature a cartoon representation of the rapper on the front and a famous quote from them on the back.

After partnering with Master P and revamping the brand, Rap Snacks has enjoyed continued success, teaming up with various artists such as Migos, Cardi B and Boosie Badazz.

Lindsay described the importance of the collaboration for Rap Snacks as a Hip Hop brand.

“It is essential to Rap Snacks and the Rap Snacks ‘Boss Up’ Foundation that as a brand, we connect with and support the icons that have made the greatest impact on culture,” he said. “This partnership is not only an opportunity to pay tribute to those change makers, but through these collaborations we are able to give back to our own in a meaningful way.

“We value the roles our icons have played and are grateful for their service to urban communities.”