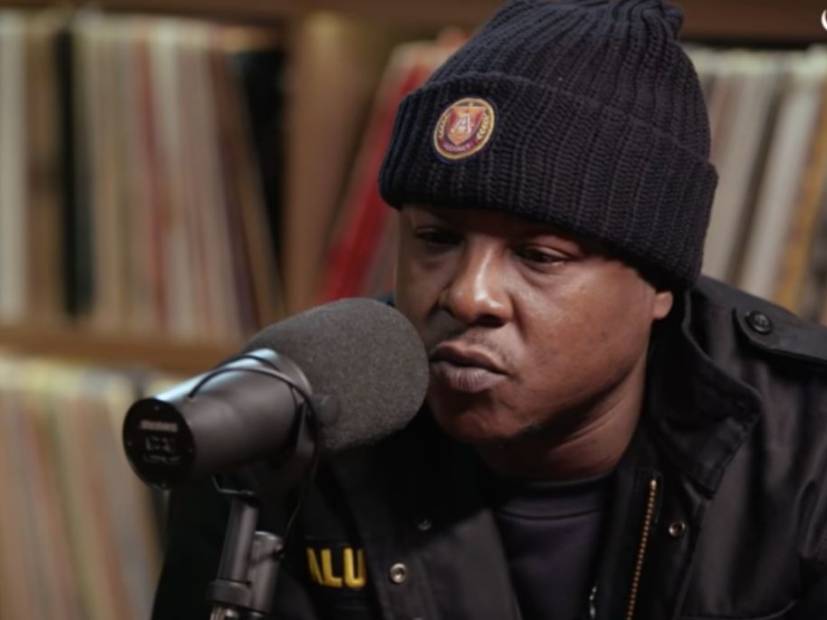 Jadakiss Reveals Styles P Dissed JAY-Z On His Own Song

Once upon a time, JAY-Z recruited the LOX for his song “Reservoir Dogs” featuring Beanie Sigel and Sauce Money, which appeared on 1998’s Vol. 2…Hard Knock Life. But behind-the-scenes, things were a little intense as the recording process got underway.

During a recent interview with Genius’ For The Record, Jadakiss revealed Styles P actually dissed Hov on the song and explained why.

It turns out, the LOX had some luggage to drop off at their respective homes before they could head to the studio, but Jay wanted them to surface immediately.

“So we’re like, ‘That’s cool. We’re gonna go home, put our luggage [away],” Jada told Rob Markman. “And they were like, ‘Nah, [Jay] wants you to come there right now. We ain’t got carry-ons. We got big shit we had to check. So that put us on edge a little, ’cause we always lookin’ at it like, ‘If [Jay] just landed, would he just come to the studio with his luggage? No!’ But that was a good edge.”

As a result, Styles P apparently obliterated Hov as part of his verse, even though he had a day to cool off.

“He was going at Hov on there,” Jada confirmed. “Hov was like, ‘Well, it sounded like you talking about me on it.'”

Elsewhere in the interview, Jada explained why he pushed back his fifth studio album Ignatius out of respect for the late Pop Smoke. The 20-year-old rapper was murdered at a home in the Hollywood Hills earlier this month.