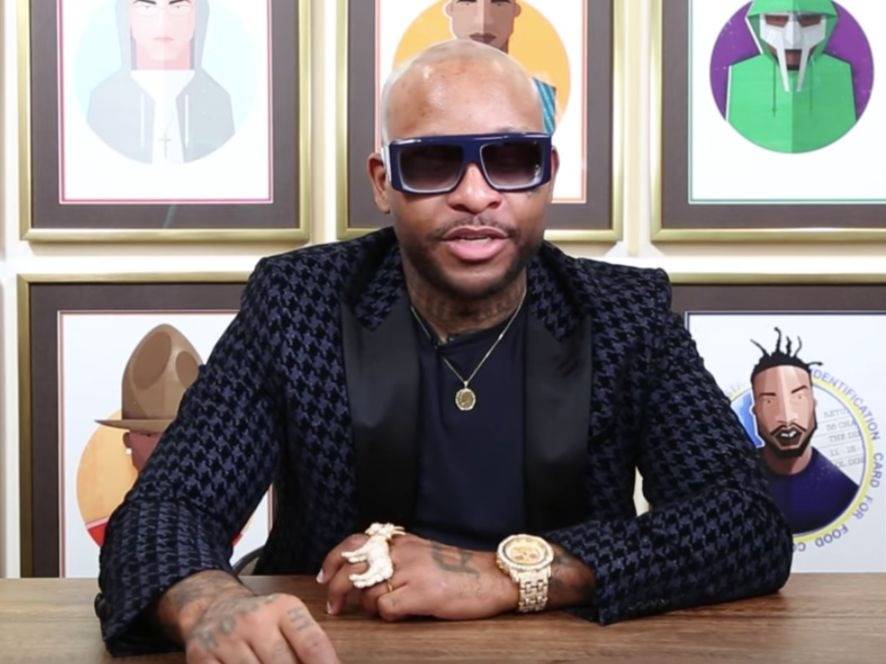 Los Angeles, CA – There’s a part on Kendrick Lamar’s To Pimp A Butterfly track “Wesley’s Theory” that finds Dr. Dre dolling out some valuable advice to the then-burgeoning MC.

“Yo, what’s up? It’s Dre/Remember the first time you came out to the house?” he says. “You said you wanted a spot like mine/But remember, anybody can get it/The hard part is keepin’ it, muthafucka.”

In a recent interview with HipHopDX, Royce Da 5’9 confirmed it’s the same advice Dre once gave him and Eminem. While kicking back at DX headquarters in Hollywood, the Slaughterhouse MC recalled what it was like recording at Dre’s studio during the Chronic 2001 era and getting a tour of Dre’s lavish home.

He went on to explain Em went to put his feet up on a table and quickly took them off, realizing Dre could’ve considered it rude. Mid-conversation, Dre told him, “By the way, it’s OK. You can put your feet on my table.”

The 2001 album — which arrived in 1999 — served as the follow-up to Dre’s 1992 debut The Chronic. He would meet Eminem five years later and ultimately recruit him for the project.

Dre’s sophomore effort also boasted features from Snoop Dogg, the late Nate Dogg, Xzibit, Kokane and Devin The Dude, among others. It debuted at No. 2 on the Billboard 200 with roughly 516,000 copies sold in its first week.

Elsewhere in the interview, Royce talks about his new album The Allegory and more.