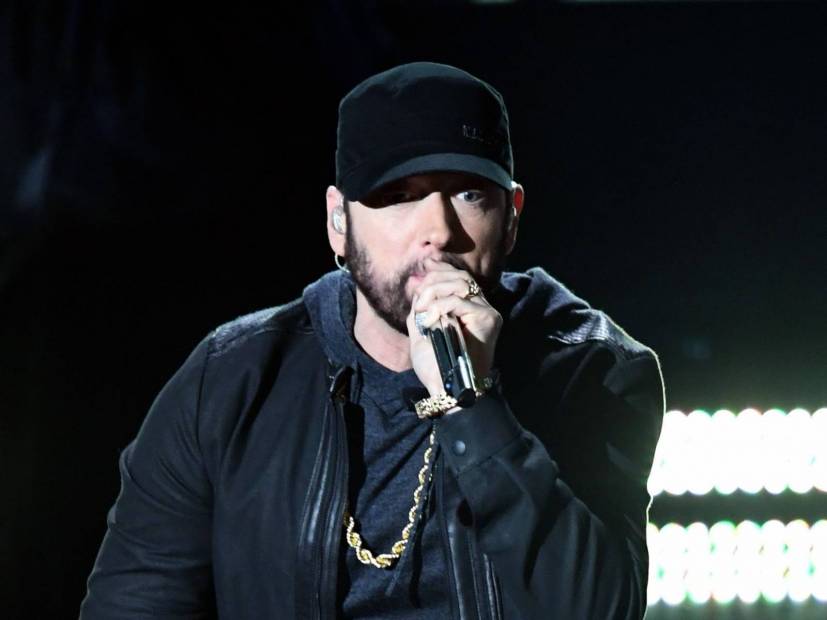 Los Angeles, CA – Eminem made a surprise appearance at the 92nd Annual Academy Awards on Sunday night (February 9) where he performed his Oscar-winning song “Lose Yourself.”

Sir Elton John, who also collected a gilded trophy in the Best Original Song category for “(I’m Gonna) Love Me Again” from the film Rocketman, reconnected with Shady backstage. Subsequently, Em decided to share the moment with his 22.9 million Twitter followers.

“I got to see my Uncle Elton tonight at the Oscars,” he captioned a photo of himself and the music icon. “Congrats on your win too, Sir! @eltonofficial.”

I got to see my Uncle Elton tonight at the Oscars. Congrats on your win too, Sir! @eltonofficial pic.twitter.com/9HsQHvGzM4

Following the backlash for Eminem’s perceived homophobia, John and Eminem performed “Stan” together at the Grammys in 2001 to everyone’s surprise.

John has also been instrumental in Em’s journey to sobriety. In a 2009 interview, Em revealed he contacted John for advice when he initially wanted to get sober.

Several years later, John interviewed Shady for Interview magazine. During their conversation, Em mentioned he started using right around the time of their aforementioned duet but now had nine years clean.

“Your sobriety day is in my diary,” John told him. “I’m so proud of you. I’m 27 years clean, and when you get clean, you see things in a different way. It makes your life so much more manageable. It seems to have made all the difference — I can tell when I speak to you.”

Em replied, “Getting clean made me grow up. I feel like all the years that I was using, I wasn’t growing as a person.”

Following a near-fatal overdose in 2007, the Detroit-bred rap god ultimately decided to get clean on April 20, 2008. He will celebrate 12 years clean in April of this year.