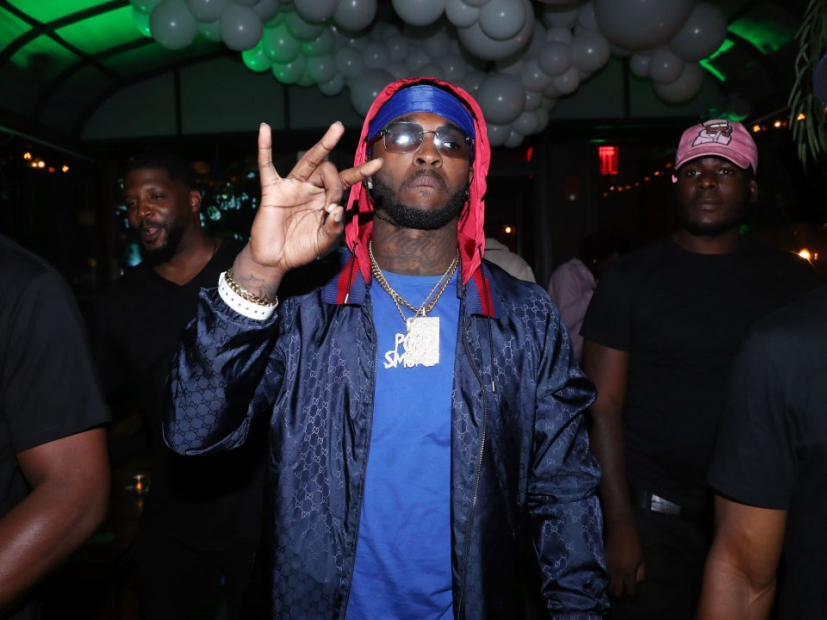 Brooklyn, NY – Pop Smoke‘s mother reportedly put her house up for sale in order to pay her son’s $250,000 bail. According to Queens Daily Eagle, Pop’s lawyer offered up the Canarsie, New York residence as part of a bond deal to have him released.

The up-and-coming rapper was arrested on Friday afternoon (January 17) at the John F. Kennedy International Airport for interstate transportation of a stolen vehicle. He pleaded not guilty to allegedly moving the stolen $375,000 Rolls Royce Wraith from California to New York and is due back in court on February 3.

Court documents obtained by Complex further allege Pop “knowingly and intentionally” drove the vehicle, which was supposedly loaned to him for a music video, across state lines.

If convicted, he could face a 10-year maximum sentence.

Shortly after his arrest, Pop was seen having dinner with fellow Brooklynite Casanova as the two rappers appeared to squash their short-lived beef.

BEFORE WE ATE WE GOT SOMETHING OFF OUR CHEST… WHO YALL THINK WON? 📸@princedaphotographer