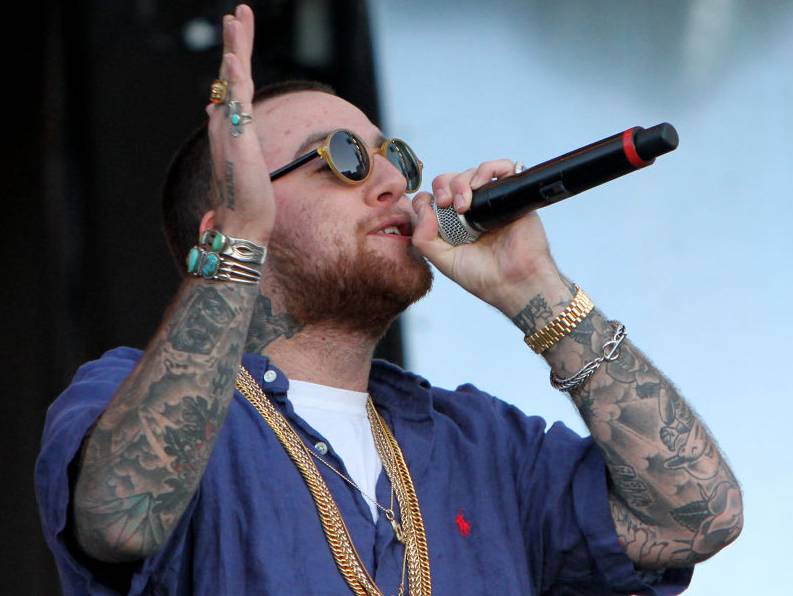 According to the late Mac Miller’s Circles producer Jon Brion, the posthumously released project was actually album No. 2 of a trilogy.

During a recent chat with The New York Times, the storied musician explained their creation process and the deflating feeling of never finishing their studio work.

“[Mac] had this whole aquatic theme that came out of something we’d talked about when he was working on Swimming,” Brion explained. “I’d noticed he mentioned water a few times in the lyrics, and then that grew into all these discussions about water and what it sounds like that became kind of a running joke. There were supposed to be three albums: the first, Swimming, was sort of the hybridization of going between hip-hop and song form.”

“The second, which he’d already decided would be called Circles would be song-based. And I believe the third one would have been just a pure hip-hop record. I think he wanted to tell people, “I still love this, I still do this.”

Circles was released on January 17 and marked Miller’s first posthumous release since his accidental drug overdose in September 2018.

His estate called the making of the album “a complicated process” but despite the obstacles and an unannounced album from Eminem, the project is expected to stream upwards of 175,000-200,000 units, according to HITS Daily Double.

Regardless, Brion says he still feels a deep emotional connection to the music and probably always will.

“When I heard ‘Once a Day’ on that plane, it was like a knife in the heart,” he admits, referencing a flight he was on when Miller’s family called requesting he complete the album.

“I cried even when I was in the room with him recording it. And then, later when I was back in the room adding a guitar part or something to finish it, I would have to listen very closely to the vocal and it would just pulverize me. He was clearly trying to sort through his demons and was just being very, very honest, not trying to hide any of it. I feel like the album is a clear picture of somebody with those troubles who is funny and intelligent and was trying to look at them critically.”