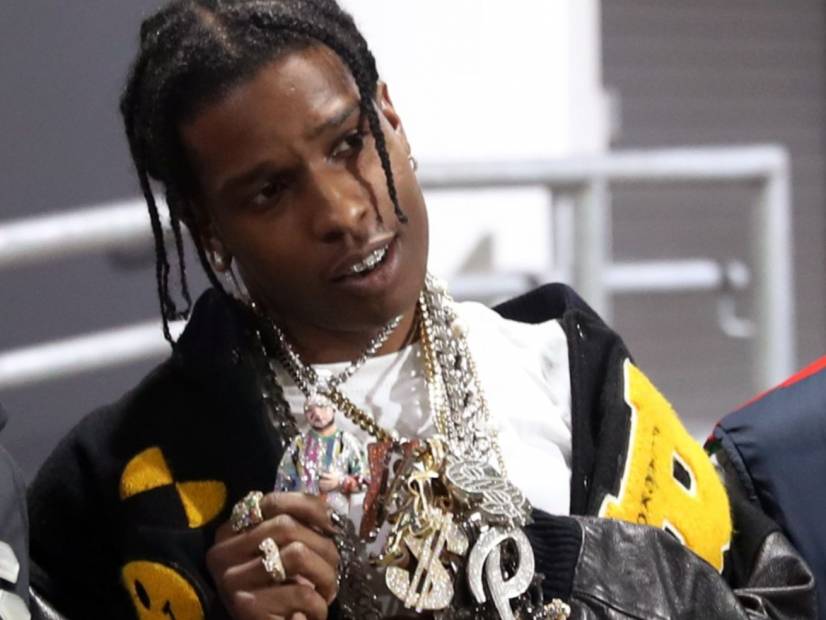 Brooklyn, NY – A$AP Mob visionary A$AP Yams died of an accidental drug overdose in 2015. Since then, the remaining members of the Mob have rallied together every year for the Yams Day music festival. Ahead of this year’s event, Drake surprised A$AP Rocky with a custom Yams chain.

Photographer Angel Rivera captured the moment Rocky received the generous gift on video. He wrote in the caption,”Had the pleasure of documenting the delivery of this yams pendant for @asaprocky gifted by @champagnepapi.”

Someone off-camera explains they included memorable tweets from Yams in the custom-made box.

Jeweler Jason of Beverly Hills captured Yams’ essence perfectly — from his signature braids and facial birthmark to his cheek tattoo and Coogi sweater. He’s even holding a drink in his hand and smoking a cigarette. In the video, they added they “went over all the details” and “made a ton of changes until it was perfect.”

The piece consists of 600 grams of gold and 15 carats of flawless diamonds and reportedly took over three months to make. Similar pendants are valued somewhere around $150,000.
The bottom of the piece includes A$AP Yams’ name, birth date and death date as well as “HARLEM, NY.”