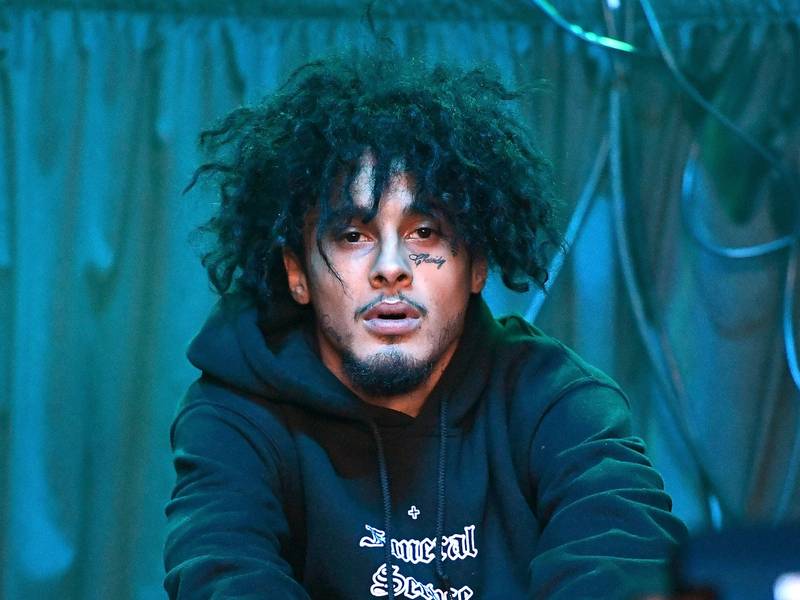 Wifisfuneral opened up about his struggles with drugs in an interview with VladTV.

After detailing how he got into using prescription pills, the Alamo Records artist told DJ Vlad about his worst experience with drug abuse. Wifi revealed his mixing of cocaine and Adderall led to him suffering a stroke, which he’s still dealing with the effects of to this day.

“I was really mixing the two ’cause I really was just like, ‘Yo, fuck this, I don’t wanna be here,'” he recalled. “And I caught a stroke the second time I overdosed … Whole left side of my body was done, stiffed up like I couldn’t move it.”

Wifi described what he was feeling during his stroke and how a friend ended up saving his life.

“I was blessed [to not be paralyzed for life], but I definitely felt locked,” he explained. “Like face stiff, this whole left side of my body was literally completely stiff. I couldn’t move it. I was freaking out so bad. I was literally wobbling. I could only move on my right leg.”

He continued, “My boy that was there at the time, he got so paranoid that he damn near almost broke my kneecap because he tried to pop my knee back into place so I could kinda cut the blood circulation and at least hold my shit until I went to the hospital. And had I not did that, they honestly said that I was gonna flatline.”

The stroke changed Wifi’s life, particularly his ability to walk. Although he can still move around, the left side of his body isn’t functioning properly.

“If you see how I walk and shit, like in general, I don’t know if people peep this when they’re around me, but I literally drag myself when I walk,” he said. “The right side of my body, I can move it completely fine. My left side, it’s hard for me. I don’t walk like how a normal person walks. I walk normally with my right leg and I literally drag my left leg.”

Despite the extreme result of his second overdose, Wifi overdosed again during 2017’s Boy Who Cried Wolf Tour. The third time appeared to be his wake-up call as he noted he finally did “chill the fuck out.”

Wifi is coming off the release of his Ev3rything Sucks EP, which dropped in December.