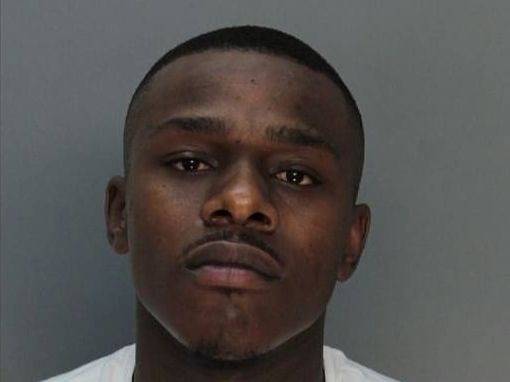 Miami, FL – DaBaby is out of jail in Miami. HipHopDX’s 2019 Rapper of the Year was released from Turner Guilford Knight Correctional Center on Saturday night (January 4), according to NBC Miami and FOX affiliate WSVN.

The Interscope Records artist was arrested for battery on Thursday (January 2) after allegedly getting into an altercation with a concert promoter. DaBaby, whose real name is Jonathan Kirk, and his crew have been accused of attacking the promoter for shortchanging him on a performance fee.

After DaBaby was apprehended, police learned there was a warrant for his arrest in Texas. He was released from jail once the warrant was withdrawn.

[This post has been updated. The following was originally published by Kyle Eustice on January 3, 2020.]

DaBaby — real name Jonathan Kirk — was officially arrested in Miami on Thursday (January 2) and now, the details surrounding his arrest have surfaced. According to the Miami-Herald, the North Carolina native was booked into Turner Guilford Knight Correctional Center by Miami police on a battery charge.

He and his entourage were allegedly involved in an altercation with a Miami promoter at Cafe Iguana in Pembroke Pines. DaBaby allegedly became “enraged” after he was paid a $20,000 performance fee instead of the $30,000 he was expecting.

DaBaby and his group of friends then allegedly attacked the promoter and another man. They reportedly made off with an iPhone 7, credit cards and $80. The alleged victim told police someone doused him with apple juice.

Later, police showed up at the Brickell’s Novatel Hotel where DaBaby and his friends were identified by the alleged victims. He was taken into custody and questioned at Miami police headquarters as part of the robbery investigation.

“Mr. Kirk will stay in our custody until further notice,” Diasgranados said.

TMZ reports the warrant comes from a fight at The Dallas/Fort Worth Airport when DaBaby and a friend allegedly attacked an employee working a food stand.

DaBaby — who is also HipHopDX’s Rapper of the Year — appeared in court on Friday (January 3) where the judge denied bond due to the aforementioned warrant.

Watch video of the fight below.