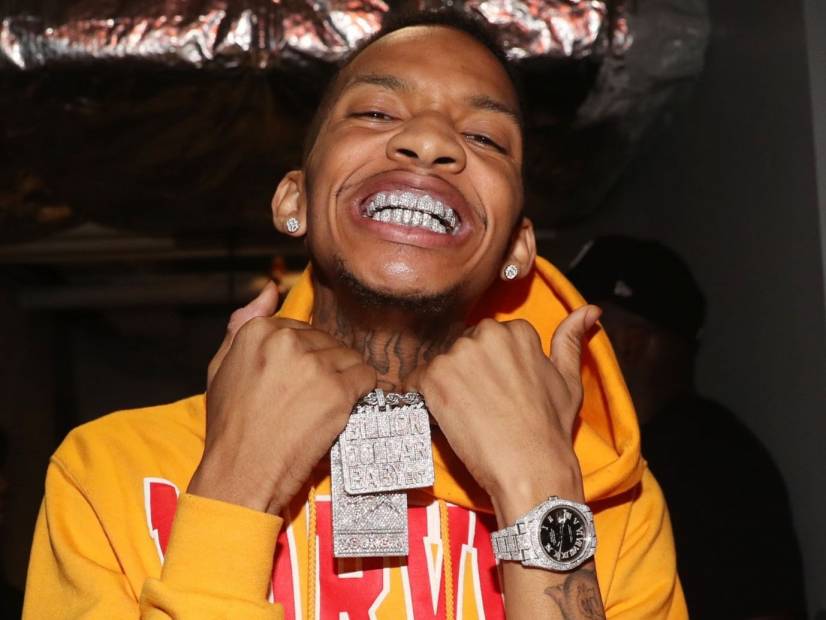 Stunna 4 Vegas Opens Up About Drug Use & Juice Wrld's Death

Stunna 4 Vegas spoke candidly about his Percocet use and Juice Wrld’s tragic death on a recent episode of VladTV.

During the conversation, Vegas talked about his own Percocet habit and claimed it gave him more “stamina” in bed.

DJ Vlad proceeded to bring up reports that Juice’s recent passing was allegedly attributed to the pain medication. The “Up The Smoke” artist said Juice Wrld was “one of the first people to show me and DaBaby real love” and retold how he performed at his show in New York City’s SOBs nightclub.

Vlad connected Juice Wrld’s death to deceased rappers Lil Peep and Fredo Santana, asking the 23-year old artist, “Does that make you feel differently about popping a perc to give you more stamina?”

Vegas seemingly got defensive and argued those artists had their own troubles before they got famous, suggesting their tragic deaths shouldn’t be solely attributed to drug use. The clip ends with Vegas stressing he’s “no pill junkie because … I don’t get down like that because when I do it, it’s to give me more stamina.”

Juice’s passing has triggered a broader conversation about substance abuse in the Hip Hop industry. In an interview earlier this month, Meek Mill told Charlamagne Tha God that he used to be so severely addicted to percs that at one point, he was taking 10 pills on a daily basis.

Juice Wrld (born Jarad Anthony Higgins) passed away after suffering a seizure in Chicago’s Midway Airport on December 8. The “Lucid Dreams” rapper reportedly consumed multiple Percocet pills to hide the medication from FBI agents who were searching his private jet for guns.

In July, the artist opened up about his addiction to lean on Twitter and said he was done consuming the substance.