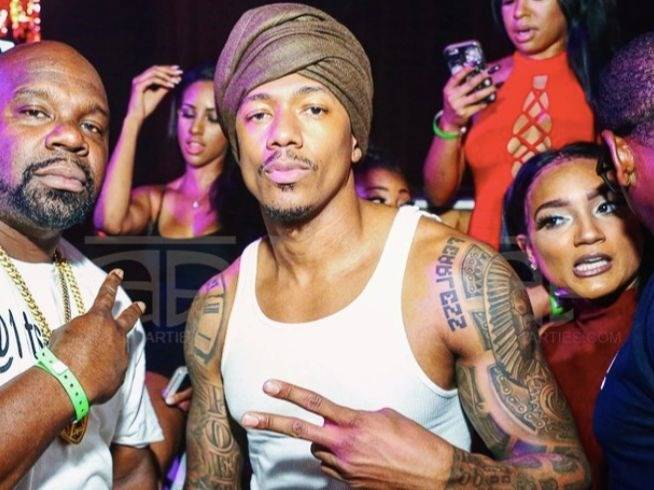 Los Angeles, CA – Nick Cannon was essentially blindsided by Eminem’s recent diss on the Fat Joe track “Lord Above,” according to his team. Roughly 10 years after Slim Shady and Cannon initially traded seething bars, Em was back with another annihilation attempt on Cannon and his ex-wife/mother of his children Mariah Carey. But why?

It’s something NCredible Music Senior Vice President Chuck Kelly, Cannon and his team have been wondering since it all popped off earlier this month. Speaking with HipHopDX, Kelly noted he was surprised by both Shady’s seemingly random ether and Cannon’s ability to dig up Em’s controversial — and long forgotten — track “Ole Foolish Pride” to use for his third diss track “Canceled: The Invitation.”

“The first two was really just friendly-fire since he clearly had their beef still on his mind and had so much to say about it,”  Kelly said. “People keep accusing Nick of clout chasing and that he’s doing it for attention.  I don’t understand how that’s even possible, like how can even get more attention? He’s on television and the radio every day. The Masked Singer is No 1.

“It really isn’t that. And for 10 years, he didn’t say anything. He just minded his business. He pretty much let it go, and for Em to bring it back up —  who’s the one clout chasing? Is it because Nick is visible everywhere? Is it because Mariah has another No. 1 song? We don’t know where it came from.”

Kelly continued, “Fat Joe is our homie. We didn’t know where it came from. It was shocking, but as a man, Nick is like, ‘Enough is enough.’ He and Mariah are still very close. People don’t seem to understand that.

He also noticed some people didn’t seem to grasp Shady took the first shot on wax.

“A lot of people seem like they didn’t hear Fat Joe’s album or they not up on where this all came from or what,” he added. “People are so used to just the click-bait.”

Like many others, Kelly was surprised Cannon was able to unearth “Ole Foolish Pride,” which contains the lyrics, “Black girls are bitches/Black girls are dumb.” Shady apologized for the song on the 2004 Encore cut “Yellow Brick Road.”

“I didn’t know anything about that,” he said. “How did anybody let him get away with that for so long? I can’t believe he got away with saying that. He’s got a great PR team because they buried that.”

In terms of Cannon’s next move, there likely won’t be one, but Kelly — who’s basically been Cannon’s right-hand man for the past eight years — explained Cannon felt he had to defend himself first.

“Nick just carries on with his day,” he said. “As a man, it’s just how much can you take? This isn’t something that he planned to do or is in his daily schedule to worry about Eminem. But like I said, he was minding his business and clearly Nick is on his mind.”

“Canceled: The Invitation” arrived last week. In the song, Cannon accuses Em of being the “KKK of our generation” and reminds him he’s a “visitor” in Hip Hop culture.

Revisit the song above.