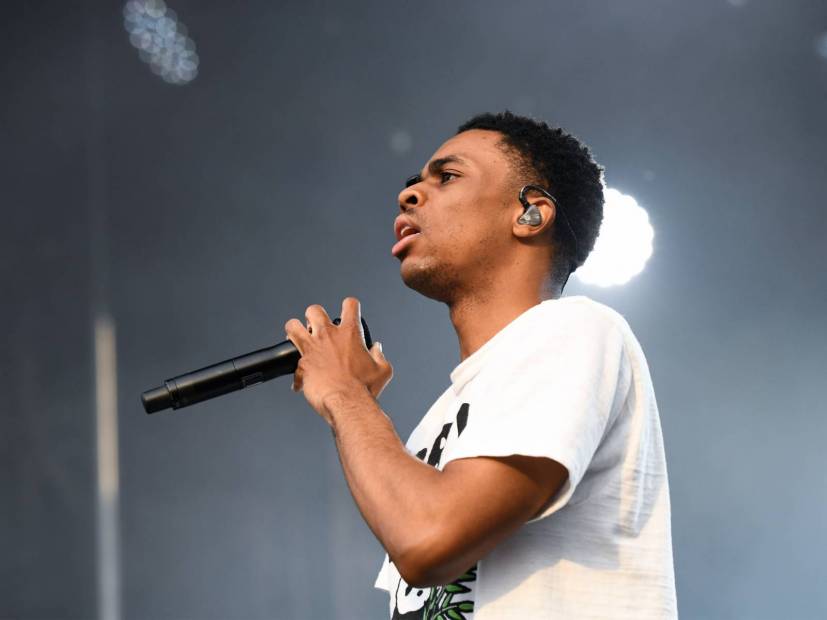 Vince Staples is back with his third single for 2019 – “Hell Bound.”

The song continues the theme of bouncy, shorter length trap tunes and – like the previous two singles, “Sheet Music” and “So What” – is accompanied by a lyric video and a limited edition piece of fan merchandise.

While the previous two singles were accompanied by comedic shorts, directed by Calmatic and featuring the likes of Ray J and Buddy – shot for an innovative new series titled The Vince Staples Show – “Hell Bound” isn’t.

Instead, the release coincides with the launch of a new website called TheVinceStaplesShow+ which, as the name suggests, draws inspiration from popular streaming service platforms.

Acting as the new Vince Staples central, the site will host all the rapper’s content. This includes links to his previous work, including interviews, videos of his live shows, tour dates, fan merchandise and even behind-the-scenes footage from The Vince Staples Show.

In the promotion of the site, Staples also released a tongue-in-cheek ad.

Appearing to spoof commercial advertising, the Long Beach native introduces viewers to TheVinceStaplesShow+, promising access to “100 of hours of exclusive content, including interviews, videos, episodes.” He then asks someone off-screen, “What else we got in this muthafucka?”

Check out the ad for Staples’ TheVinceStaplesShow+ below.