Tekashi 6ix9ine's Ex Speaks On Sentencing: 'It Don't Make A Difference To Me Or My Daughter' 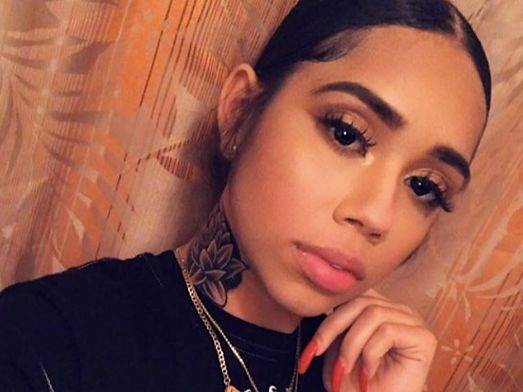 New York, NY – The ex-girlfriend and mother of Tekashi 6ix9ine’s child, Sara Molina, is speaking out about the sentencing that took place at the Thurgood Marshall United States Courthouse in New York City on Wednesday morning (December 18).

Molina shared her thoughts via Instagram Live and fielded questions from some of the people watching the videos.

When someone asked if she was excited about the sentence, she replied, “No, because my life goes the fuck on. My life don’t stop for nobody. At the end of the day, I still got a daughter that I take care of by myself. I still need to do things that I need to do.”

In a separate video, someone suggested he was going to punch her in the face to which she replied, “Ain’t nothing he never did before. Period. Read about it. He confessed to it, bitch.”

During this week’s proceedings, 6ix9ine received two years in prison with five years supervised release, 300 hours of community service and a $35,000 fine for the crimes he committed with the Nine Trey Gangsta Bloods gang. With time served, he only has 11 months left on his sentence.

The embattled rapper was originally facing decades behind bars but agreed to cooperate with the federal government only one day after his November 18, 2018 arrest. As a result, he received a heavily reduced sentence.

Molina doesn’t believe his time in prison will change him. Earlier this week, she shared another Instagram Live session and claimed, “He’s still gonna be evil.”