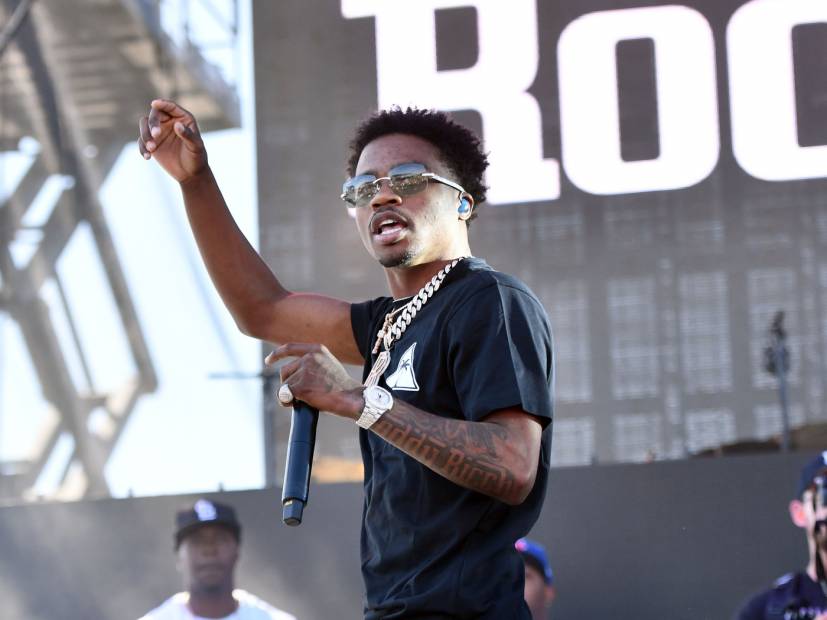 Roddy Ricch's 'Please Excuse Me for Being ANTISOCIAL' Debuts At No. 1 On Billboard 200

Roddy Ricch has earned the first No. 1 album of his career.

The West Coast rapper’s Please Excuse Me for Being Antisocial LP debuted at the top of the Billboard 200 after selling 101,000 album equivalent units for the week ending December 12, according to Nielsen Music. Roddy’s debut beat out The Who’s self-titled LP (No. 2 on the chart), selling 12,000 more album equivalent units than the legendary rock band’s first album in over a decade.

Roddy’s chart-topping performance was largely due to streaming with songs from his latest project racking up 130.7 million in on-demand audio streams. Only 3,000 copies were sold in terms of pure album sales.

The Atlantic Records artist celebrated his accomplishment via social media, sharing a humble message via Twitter.

“please excuse me for being antisocial is officially a #1 album,” he wrote. “thank u God.”

please excuse me for being antisocial is officially a #1 album ? thank u God

Elsewhere on the chart, XXXTENTACION’s posthumous album Bad Vibes Forever debuted at No. 5. The LP sold 65,000 album equivalent units with 16,000 of those copies coming from pure album sales.

The death of Juice Wrld also led to his past releases spiking on the chart, securing two Top 10 entries for the late artist. 2018’s Goodbye & Good Riddance reached No. 6 after selling 59,000 album equivalent units while 2019’s Death Race For Love ascended to No. 10 with 49,000 units sold.