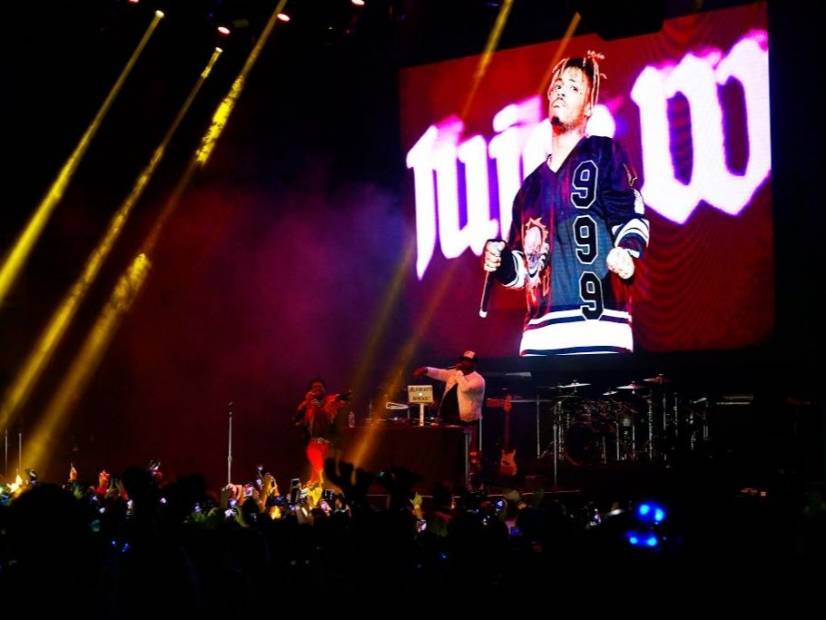 Juice Wrld’s streaming numbers have skyrocketed since the Chicago rapper suddenly passed away on December 8. The late artist is now the most-streamed artist in the country. Juice racked up more than 38.2 million listens, according to a Rolling Stone report claimed, and he also topped the charts in digital song sales.

His breakout single, “Lucid Dreams,” amassed over four million streams on December 8, making it the most-streamed song in the U.S. on the day of his death. As of publicizing time, the YouTube music video sits at over 406 million views. Juice’s overall individual streams spiked 487 percent over the course of Sunday.

Juice Wrld (born Jarad A Higgins), was pronounced dead after the artist suffered seizures at Chicago’s Midway Airport early Sunday morning, after allegedly ingesting several Percocets, reportedly to hide them from authorities who searched Juice’s private jet upon its landing.

Authorities reportedly found over 70 pounds of marijuana, two pistols, and a bottle of codeine cough syrup.

News of Juice’s death comes at a time when he was one of the most popular artists in the world, having amassed three billion streams in 2019 alone.

Juice Wrld was 21 years old. He was recently laid to rest in Illinois.