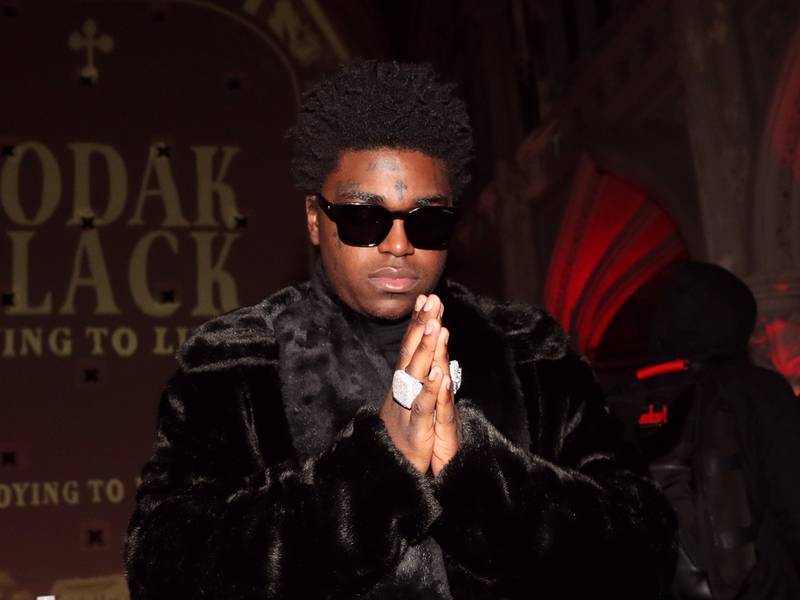 Kodak Black Claims The Miami FDC Is Trying To Kill Him

Miami, FL – Kodak Black is speaking out about what allegedly went down at the Mimi Federal Department of Corrections in October. The Pompano Beach, Florida native was involved in a prison brawl that sent one guard to the hospital. But according to Kodak, there’s more to the story.

On Saturday (December 14), the incarcerated rapper wrote a lengthy Instagram post, accusing the Miami FDC of essentially trying to kill him. He claims he was drugged and then denied medical attention when he attempted to seek help.

“On October 29th I was laced with an unknown substance here in Miami, FDC,” he wrote. “That substance gave me an out of body experience and had me feeling like I was possessed and dying slowly. Upon this experience i managed to go to the CO’s office to seek medical Attention (As shown on surveillance cameras). I was denied ! This left me in a state of paranoia.

“Shortly after I got into an altercation with an inmate. This same CO who denied me medical attention, proceeded to pepper spray me which instantly impaired my vision and I was oblivious to who was punching and grabbing me repeatedly in the face. Even after I was on the floor they continued to strike me and deploy more people. I was summoning for them to stop while gasping for my breath.”

Whoa! Kodak Black makes allegations of mistreatment while behind bars‼️ How yall feel about this? #JUSTICEFORKODAK

Kodak then says whatever substance he was allegedly given didn’t show up in a drug test and the inmate he fought magically went home the day. He also laments the fact he has to mourn Juice Wrld’s death behind bars.

“This near death experience felt like dogs were tearing at my skin while they were grabbing and beating me while I was under the influence of this unknown substance that mysteriously hasn’t popped up in my Urine analysis and mysteriously the inmate I was fighting with went home the next day,” he continued. “I was beaten so brutally that I had to be taken to the Box in a wheelchair. I have been here for 45 days without commissary, hygiene stressed out and on psych meds. Having to mourn the loss of my brother Juice World behind the doors.”

Kodak concludes the caption by spelling out his intentions of the post, which is basically to spotlight the allegedly shady practices that go down between the four walls of the Miami FDC.

“Prior to this there were a few inmates who intentionally beat up … An officer and no charges were filed,” he adds. “Meanwhile I get into a fight with another inmate and this officer jumps in to inflict harm on himself and capitalize on my status as a local celebrity.

Kodak was arrested on weapons charges prior to his Rolling Loud Miami set in May and a judge denied him bond shortly after, deeming him “a danger to the community.”He has since pleaded guilty and was sentenced to three years and eight months in prison last month.

The 22-year-old is also juggling drug and weapons charges in New York as well as a sexual assault case in South Carolina.