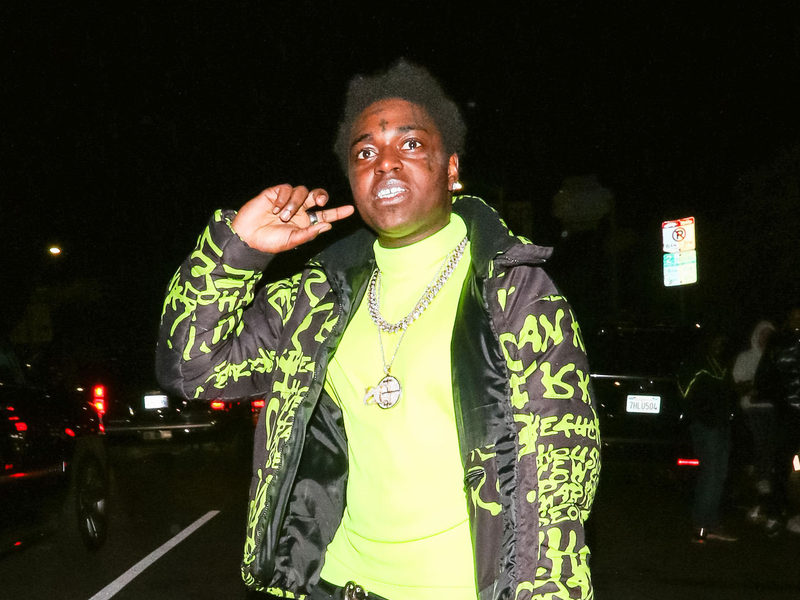 Miami, FL – It looks like Kodak Black will be spending more time behind bars. According to the Associated Press, federal prosecutors were successful in persuading a judge not to release the Pompano Beach-bred rapper on bond.

In a U.S. District Court hearing on Wednesday (May 29), Judge Federico Moreno said the 21-year-old was a “danger to the community” based on his stacked criminal record. Moreno believes he should be locked up until trial.

Just obtained photo of Bill Kapri, AKA Rapper Kodak Black after he was arrested tonight. Official statement from Marshals: after an extensive investigation conducted by the US Marshals, ATF, and Miami Dade PD North Side Gang Unit, Kapri, was arrested as he arrived… pic.twitter.com/IHVzAoNStI

The consistently troubled artist was arrested in Miami on weapons charges prior to the Rolling Loud festival earlier this month.

He stands accused of lying in an effort to obtain a firearm at Lou’s Police Distributors gun store in Hialeah, Florida on two separate occasions earlier this year. He has since pleaded not guilty.

During the hearing, prosecutors explained Black falsified information on federal forms when purchasing three firearms. A judge previously granted his release on $550,000 bond.

Kodak is expected in court sometime this summer. He faces up to 10 years in prison if convicted.