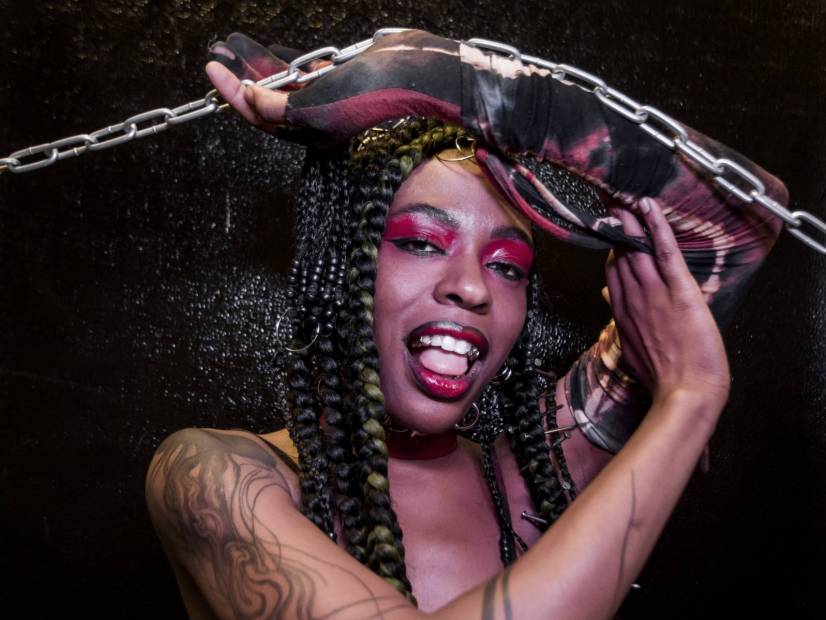 Interview: Sudan Archives Speaks On How Stones Throw Helped Her Level Up

As sound continues to evolve, the constructs of genre are no longer a prerequisite for success. Stones Throw Records has been a part of that revolution with a roster of artists that broaden Hip Hop’s horizons from Mayer Hawthorne to Snoopzilla & Dam Funk’s 7 Days of Funk, the label has never been known to push artists towards conformity. So it only made sense when they signed Cincinnati singer and soundsmith, Sudan Archives, their only instructions for her were “do you.”

Sudan, whose real name is Brittney Parks, was working a day job while pursuing her music career. Then she got the call that changed her life.

“When I released my EPs on Stones Throw, I was working at a doughnut shop and I was waitressing. I really was just thinking ‘I’m just gonna release this and keep working but it’ll be cool to just have a project out,” Brittney told HipHopDX in an exclusive conversation after her set at Red Bull’s Dizzyland event. “But it just seemed like instantly I had to quit my job, quit Community College and just tour. [My music] took off more than I thought it would. It’s been chill. [Stones Throw] pretty much said whatever I wanna do creatively I can do. I always have ideas and they’re always just down to do whatever,” she added.

To Athena: “you deserve everything that’s happened to you”

Sudan recently released Athena, her first full-length album and third project on the label and according to her, one of the biggest challenges was changing up the creative process that got her there in the first place.

“I’m used to making beats in my room naked and smoking a bunch of weed and shit, so when I first got signed and [visited the Stones Throw offices] I was like ‘wow, this is so prestigious’ and I couldn’t even work with the engineer there without having a heart attack,” remembered Sudan. “They’d be like ‘so, what are you trying to do today?’ And I’d be like ‘I don’t know.’ I was really really shy. Peanut Butter Wolf told me the first time he met me that I was dangerously shy, but once I got over that it was chill cause I have so much access. I was the first artist to complete an album in their brand new studio that they built,” she added.

As with many young artists, the “Come Meh Way” singer still aspires to work with one of her hometown Hip Hop heroes.

“I’m trying to get Hi-Tek to remix one of my songs. I just really wanna collaborate with him. I’m trying to figure that out. He was on like a J Dilla level in Hip Hop when I was growing up and he was from Cincinnati like me,” said Sudan. “My album has this rooted theme and I can’t really work with people where it doesn’t have a meaning, and I think it would be cool to collaborate with him cause he’s from Cincinnati, he produces, I produce, I’m on Stones Throw. It just feels like it makes sense.”

One item she can check off her bucket list: Playing a huge festival headlined by an icon.

“Playing the Coachella that was headlined by Beyonce was an all-time moment for me. When you sign to a label you think you’re gonna have to go through a gritty punk tour and like, get on the road in your van and hitchhike if your tire fucks up or something like that, and just play a bunch of grimy shows that are amazing at the same time,” noted Sudan.

“I don’t know what happened but it just seemed like I hopped over that phase and it was almost too much for me. I had stage fright and nothing really felt real but I think my most surreal moment was right when I got signed I just started touring and I was doing some shows and next thing you know I get a booking agency and the first thing they book me is Coachella. You would think you get a booking agency they’re gonna put you on a tour opening for someone else. No. First thing they were like ‘we want you to play Coachella.’ Playing the year a Black female artist was headlining.”