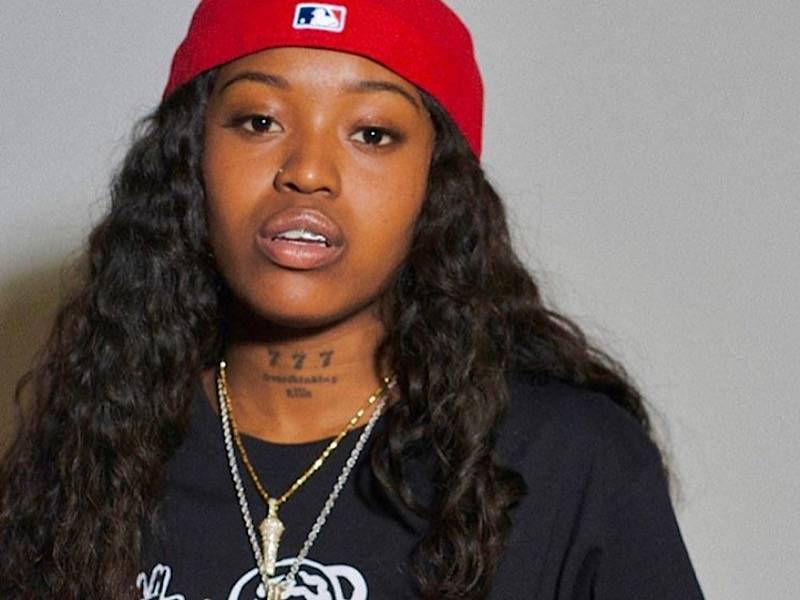 2019 has upheld the belief that even without label intervention, hits are ultimately in the hands of the people. Nowhere has that been more apparent than TikTok.

Even with larger entities pouring marketing resources into generating hype via the bubbling, youthful platform, Lil Nas X strolled along and proved that making good songs is a process that is merely inevitable for some.

Though, as the “Old Town Road” genius relied on his song becoming a meme — putting his subsequent release under a microscope of artistic integrity — Texas singer Kaash Paige blew up on the platform for no other reason than having an incredible track.

In an interview with Above Average Hip Hop nine months ago — just a day after releasing the video for her now-viral, Dream Koala-produced “Love Songs” — she optimistically stated that she felt as though the song had the potential to change her life.

It’s scary how incredibly accurate that statement has proven itself to have been, having since signed to Def Jam, releasing her debut LP Parked Car Convos.

“When I first dropped ‘Love Songs’ on SoundCloud, it was getting recognition … but not like it is now,” she tells HipHopDX. “It was one of those songs that was just growing on everyone.”

The song caught on quickly once TikTok got hold of it — a phenomenon she didn’t fully comprehend at first.

“Everyone was telling me,” Kaash, your song’s blowing up on TikTok. I don’t use it, so I was like, ‘Okay, that’s cool.’ I didn’t care … but they were like, “No Kaash, it’s really blowing up,” she says.

Her team capitalized on the song’s popularity, and things accelerated quickly. “My life just changed after that … ‘Love Songs’ took me right on the math.”

Though she notes her quick rise has brought about a heap of new challenges — such as fake friends — she’s enjoying every moment of the experience. “I’m having fun with it,” she says.

Kaash is far from an overnight success. “I’ve been making music since I was a kid. But I was never consistent … I was more into sports,” she says.

“My sophomore year I dropped my first rap song with my homeboy … after I made that song, I was like, ‘You know, I want to sing,'” she explains.

Though her output wasn’t massive, she did make some impact. Most notably, her three-year-old song “DND,” which has the same instrumental as “Love Songs,” just sped up.

‪Sorry for the Wait “PARKED CAR CONVOS” TAPE IS NOW OUT ON ALL PLATFORMS ???? ‬LINK IN BIO

The creation of her debut project came with lots of newfound pressure for the young artist. “It took about five or six months,” she says of the creative process. “Thing is, I focused on the project so much that I couldn’t make music.

“Once I finally learned not to listen to myself and stop thinking about it, I started making great songs,” she adds.

The album’s mantra is, according to Kaash, precisely what the name suggests.

“[Parked Car Convos is] just basically being in the car with whomever — like your friends or your boo — and just having an intimate conversation with them. I say it’s kind of like a therapy session. Talking about something to get it off your mind or whatever. ”

With Kylie Jenner having posted Instagram stories of her herself listening to Kaash Paige no less than five times over the last week of November, her audience is widening by the day. Circling back to her interview nine months ago, she made another prediction.

“You’re going to see the Kaash Paige take over the universe.”

The planets appear to be aligned.