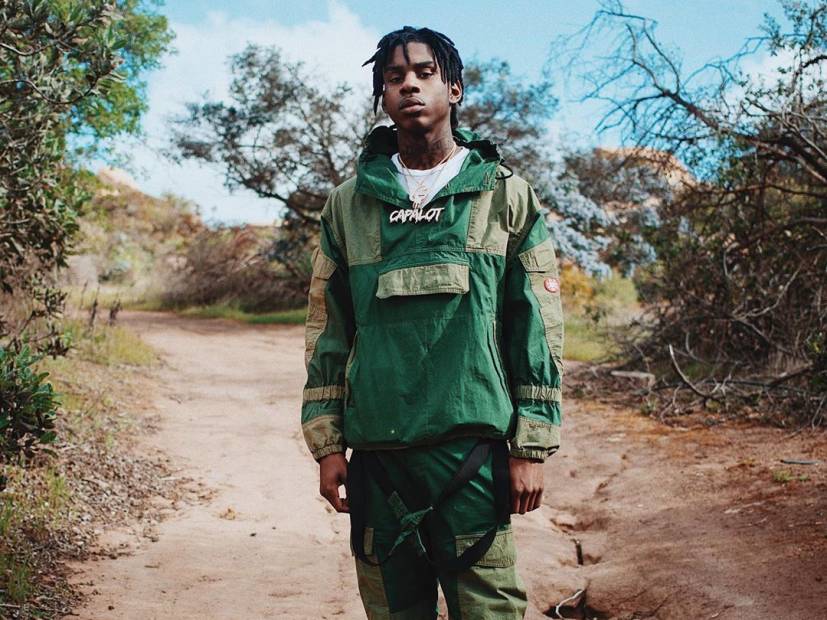 Hollywood, CA – When Polo G made a recent trip to his old North Chicago neighborhood, he learned the local youth didn’t have an official AAU team. This prompted the 20-year-old rapper, born Taurus Bartlett, to take matters into his own hands by launching his own AAU team for the kids.

“This messed me up a little bit because I know coming up we at least had this one opportunity and without these types of programs its only trouble out there,” the “Pop Out” star said in an Instagram post about his intentions on starting the North Chicago AAU squad, named The Chicago Grizzlies

Furthermore, the program will provide transportation for the players to and from practice as well as a hot meal.

But, this isn’t the rising stars first time giving back to his community in a big way. This year, the entire graduating class of Chicago’s Manierre Elementary School didn’t have to worry about paying their fees because Polo G took care of them.

Being born and raised in a city like Chicago, where the Hip Hop music scene is as diverse as ever considering the likes of Chance the Rapper, Chief Keef, Herbo, Dreezy and Kanye West, Polo G is carving out his own legacy of philanthropic deeds and good music.

Polo’s intentions aren’t just to flood the streets with his music, clearly branched off from the influence of G Herbo and the Drill movement, his music also takes into consideration every person who may hear his music, especially the youth.

“With my music and being so intentional with it, I feel like a lot of us from Chicago got the same story just told from a different perspective,” Polo told HipHopDX at a private dinner in Hollywood. “I feel like I tell it from the perspective of the pain that I endured and from the standpoint that I went through the same thing. I’m fighting through the same thing daily and you can get through it too. I feel like I tell a lot of truth and pain in my music but I also try to be an inspiration that you can do this.”

For instance, his song “Effortless,” off his debut studio album Die A Legend, sonically lives in the same vein as “Pop Out,” even though it’s a song related to a fight for survival.

“These days, they don’t give a fuck / They’ll shoot where the kids playin’ / Judge tryna give ’em life so them gang signs turn to prayer hands,” Polo croons on the hook.

If the Drill movement effectively brought awareness to what was going on with the youth in Chicago, Polo is continuing the mission by driving it into an operation that holds a melodic cautious message.

“At one point in time you can be enjoying your freedom but you’re out here doing things wrong and it’s fun to you but then when it catch up to you and everything get real. You ready to call on God in those desperate moments,” he told us about “Effortless” and its meaning. “That was really just the connotation. How fast everything can change for you when you’re living this type of lifestyle.”

As far as the success of his multi-platinum single “Pop Out” with Bronx rapper Lil Tjay, that song’s success wasn’t intentional.

Besides landing at No. 11 on the Billboard charts, the track has also accumulated hundreds of millions of plays between YouTube and Spotify and even received some extra drip from Gunna, Lil Baby and Tory Lanez on the remix.

“It’s a party song, everybody can relate to popping out with they friends, enjoying they self,” he said about sudden popularity of “Pop Out.” “You hear that beat drop at a party and everybody want to sing that song word-for-word. It’s just it’s a vibe.”