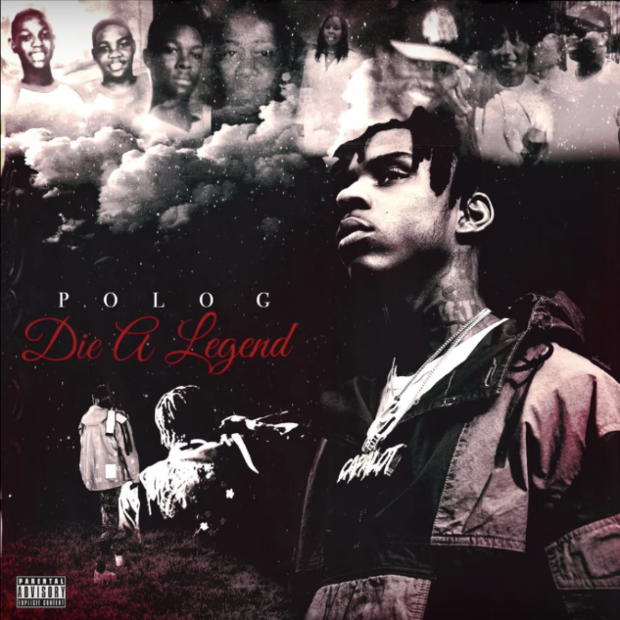 Polo G is the latest artist to explode on a massive scale out of the city of Chicago, with his now platinum single “Pop Out” propelling into the spotlight. However, there is something special about him; he is much bigger than the one record, as gracefully demonstrated on his debut LP Die A Legend.

There is a beautifully crafted blend of honesty and tragedy within the LP. While his breakout single has the ramblings of a party vibe (albeit Lil TJay’s admission that he saw his brother die is quite sobering) the full body of work reveals the cathartic healing process of a traumatized 20-year-old who’s been through hell and back — and is now dealing with a new situation he never dreamt possible.

Overtop keyboard-driven contemporary soundscapes that sit in the pocket of familiar radio-ready trap-hits, his hypnotic flow locks you in for the ride.

“Finer Things,” a song he wrote while incarcerated in 2018, signals the overall mantra of the Chicago native — laying out the horrors he came from while speaking success into existence. “Don’t pay them haters no mind, you can be what you like … tryna leave this in the past, grindin’ for a new life,” he raps.

Over records like “Dyin Breed” and the almost gut-wrenching “Deep Wounds” (where he sings “My friends got killed on the same block where we used to play) he juxtaposes the harsh realities of growing in the trenches and reaching for a brighter future while slowly removing the remaining foot he has planted in his past life.

The deeply personal tone of this album is capped off with the wisdom of “A King’s Nightmare,” where a harrowing — and humanizing — take on the life of desperate youth raised into a life they never chose. “I wonder one day will we wake up,” he croons, pondering the endless cycle of violence and death begetting more violence and death.

The admission that he has a child on the way on “BST” makes his plight to live a better life that much more immediate. By the time the album closes with “Pop Out Again,” a power move featuring Gunna and Lil Baby, you’re almost no longer in the mood for what feels like a lighter note.

A strong body of work, Die A Legend is so much bigger and deeper than “Pop Out.” However, with a handful of the songs having already been released, and racking up numbers, this isn’t surprising. Where many artists in the lane may glorify an unsustainable cycle of despair, it’s always inspiring to artists use their platforms to steer a new generation on a different path. “I come from a dark place, I’ll never be there again,” he notes on “Effortless.”