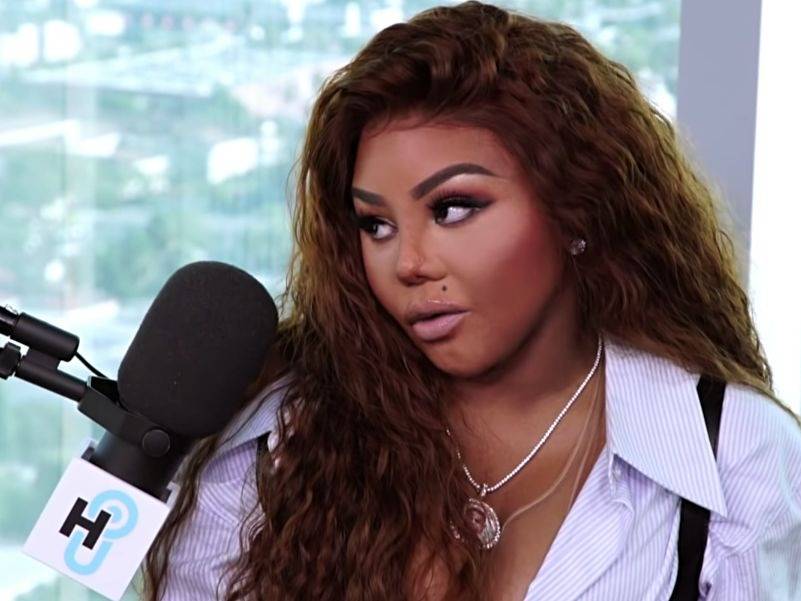 Lil Kim hasn’t been shy about her disdain for The Notorious B.I.G. biopic Notorious over the years. But during a recent sit-down interview with Hollywood Unlocked, she reiterated what made the film so cringeworthy for her.

First and foremost, she was unhappy with Naturi Naughton’s portrayal of her.

“I’m going to touch on this briefly ’cause I think everybody already knows my answer to this, but I hated everything about that movie. I hated it. Wasn’t involved in it. I actually had to get my lawyers involved in which I ended up getting a check from it — that was the only reason why, whatever. But it was greenlit and shot without my permission. Everybody knows this already. We talked about it. [apple_news_ad type=”any”]

“How do you even pick somebody [Naughton] — because I’m sorry. That wasn’t … I was not OK with that … I would have never picked her. Never, ever, ever. She has nothing in common with me. Nothing. We have nothing in common. No, seriously … And I don’t like the way she’s been disrespectful about it because I wasn’t even basically blaming her. But she did a whole documentary coming at me. I’m like, ‘What the heck is this?'”

Kim continued, “I’m like, ‘OK boo. You don’t want this smoke.’ Cause at the end of the day, I really could really go there. But I been letting her … Because her thing is, she just wanted me to be OK with it, but if I’m not OK with you playing me in the role, either you’re going to do it — ’cause I can’t tell you not to take a role and get your money, right? — but don’t say ‘Oh, I love her’ this, that and the third when you were like, ‘I don’t care what she think. I’m going to still do this movie.’

“So basically, you’re doing it without my stamp of approval. So you’re doing it for a check or you’re doing it to come up. That’s fine. But don’t make it seem like I’m hating on you because I don’t want you to do it … All of that talk she did on the documentary, I felt it was very disrespectful.”

My baby @tyanna810, @lilcease, Biggie, and me just taking a family photo ?

Naughton appeared on an episode of TV One’s Uncensored in April and discussed Kim’s criticisms of the film.

“I would never take on a role of real person that is alive and well and not try to speak with them and reach out,” she said. “Let’s clear the record. At the time, there was a manger who was managing Kim. I called, I left multiple voicemails …  I was at the production office in Brooklyn, Kim comes off the elevator, I happen to be there for rehearsal. Huge, beautiful fur. I was like, ‘Oh my gosh, the queen is here.’ She walks right by me with her crew. She goes into the director’s office. They close the door.

“All I hear is, ‘What the fuck?!’ They’re arguing. They’re yelling and I’m like, ‘I hope this is not about me.’ But it was. I guess there was some miscommunication about the casting process. But again, I’m just an actress. I was just hired to do a part. So I was hoping and praying. I reached out via phone. I was there, that time in person.”

“Maybe my look had something to do with it,” she continued. “Again, it started to replay the memories of 3LW saying I’m not good enough or because I guess she thought I was darker than the character should have been. I just wanted to have her blessing. I really did.

“To this day, I have nothing but love and respect for Lil Kim. she really is what spawned the careers of Nicki Minajs and Cardi B. They just took from that book and did it now. No disrespect to any of these artists. But please give her her just due. So for me, I have nothing but love and respect. And I hope that she knows I was honored to play her. And I hope one day she can see that and really know that.”

Revisit the Uncensored episode above.