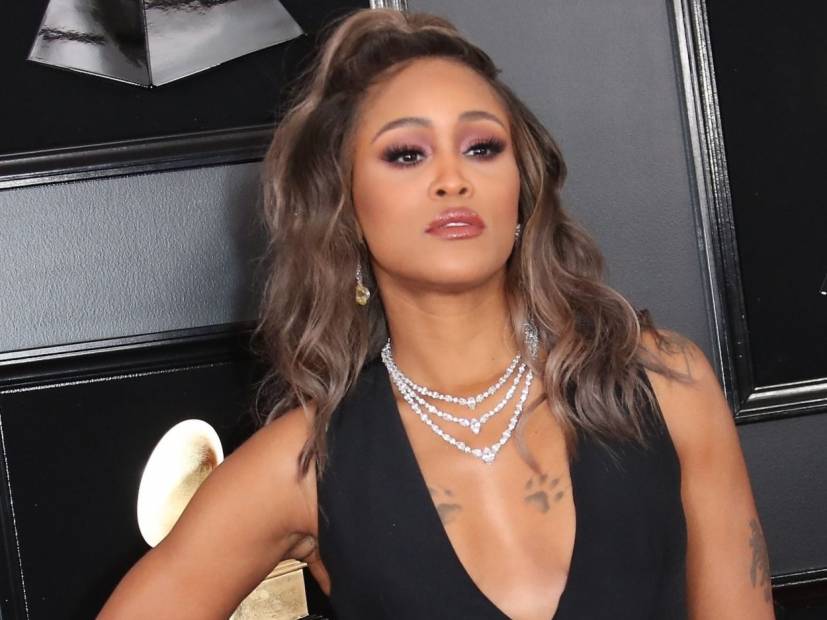 Eve opened up about her history with Lil Kim during a recent interview with The Guardian. During her time at Ruff Ryders, she discovered the camaraderie between other women who rap was essentially non-existent, something that came as a shock to her.

“Before I’d met anybody, I always thought of [female rappers in the industry] as this sisterhood,” Eve said. “I thought we were all gonna be friends. It was not like that.

“I’d see [Lil] Kim and say hi, and she’d be like: ‘Get the fuck away from me.’ Not verbally – you could just tell what she was thinking. But I was in a bubble and it never felt like a competition. I loved Missy [Elliott] and Kim but I never wanted to be them.”

Thanks for showing my new single ‘Reload’ (Feat. @konshens) so much love 🖤🐾🔋 #Reload is out now (link in bio)

The London-based artist/talk show host was, however, grateful Ruff Ryders allowed her to be herself and not sell sex, which she says was expected by most labels at the time.

“There definitely weren’t a lot of females out there, and the labels were basically trying to make you get naked,” she said. But with Ruff Ryders, it was, “‘We like who you are, we’re not going to try and change you.’”

Eve is prepping her first album in six years but at 40 years old, she’s only mildly nervous about how the industry will receive it.

“I’m not as stressed about what people think any more – that’s a great feeling,” she explained. “Whether it’s me talking to my past self, or to future girls, it’s saying: ‘You don’t need to deal with the bullshit. Keep it moving!’ You have that a-ha moment where you go: ‘You know what? Fuck this shit!’

“Sometimes, I’m apprehensive because the industry has changed so much. What does that mean for an artist from the time I come from – are people going to care?”