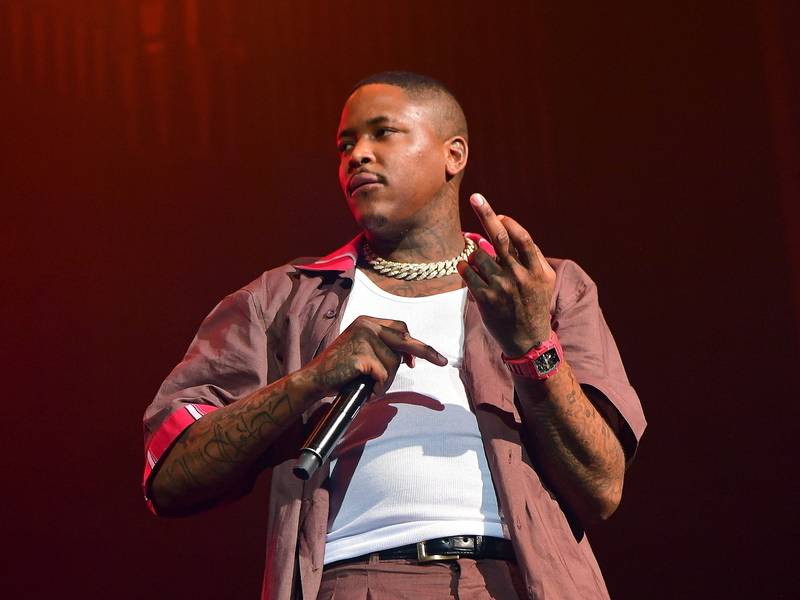 YG and the late Nipsey Hussle gave the Hip Hop community its most memorable anti-Donald Trump anthem “FDT (Fuck Donald Trump)” in 2016. During a performance at the 2019 Camp Flog Gnaw Carnival on Sunday (November 10), YG upped the ante of his diss by getting an assist from someone with intimate knowledge of Trump: Stormy Daniels.

“My name is Stormy fucking Daniels and I am the reason that Donald Trump is fucked!” she quipped to the raucous festival crowd.

The short conversation between Daniels and YG continued as he tried to act unfamiliar about who she is.

“Wait, you’re Stormy Daniels? You the one that fucked Donald Trump?” he asked.

She replied, “I wouldn’t really call it ‘fucking.’ I just laid there.”

Daniels caused a media firestorm when her alleged tryst with Trump went public. The adult film star was offered $130,000 in hush money from the president’s former lawyer and current prison inmate Michael Cohen, but the sexual encounter still went public and was eventually confirmed by Daniels.

Trump vehemently denied the affair, which allegedly occurred months after his wife Melania gave birth to their son Barron in 2006. The president also insulted Daniels via Twitter, calling her “horseface.”