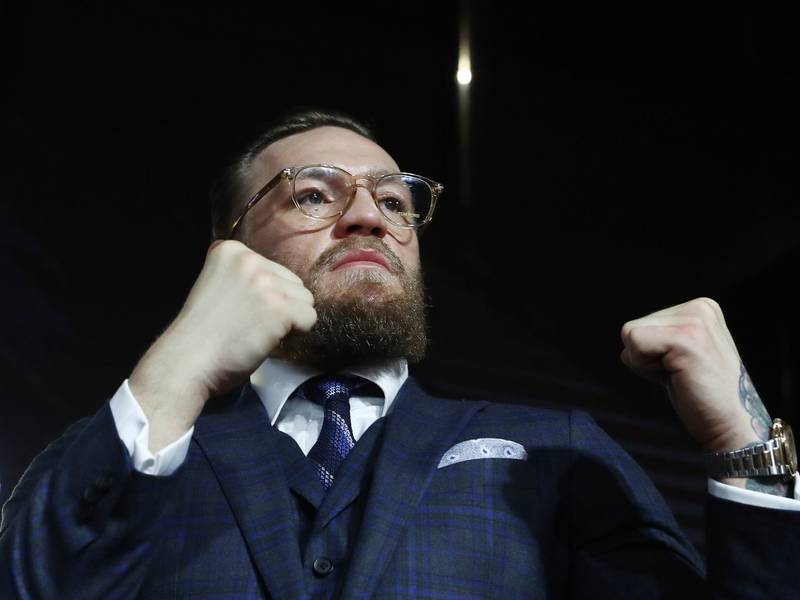 Conor McGregor hasn’t forgotten about 50 Cent’s taunts on social media. In a promotional video for Proper Twelve Irish Whiskey, the former UFC champion named 50 as the celebrity he’d most like to fight.

“I’d have to probably say 50 Cent, I’d like to fight him,” McGregor said. “Throughout the course of the [Floyd] Mayweather build-up I used him as a tool, a promotional tool on the free also. I knew he was linked to Floyd, so I tied him into the situation and he responded big time. And we capitalized on that audience, so I was very happy with that and thankful. But then after that, he began a little tirade against me on social media, particularly Instagram where he’d make these memes about me constantly.”

He continued, “Every time I’d go onto the internet I’d see 50 Cent has posted up some new stupid meme and I wrote on one of the memes, ‘Old man on the internet making memes’ and then he blocked me. So, he had to block me. And I still see sometimes, I still get tagged in other people saying he’s saying this and he’s saying that. So, I’d like to have a knock-off with 50, aye. So, if you’re listening 50, let’s get it going bud.”

@thenotoriousmma announces here who he would like to fight next! #OneForAll

Although many of 50’s past Instagram posts about McGregor have since been deleted, his reactions to the controversial fighter’s loss to UFC lightweight champion Khabib Nurmagomedov remain on Twitter. McGregor hasn’t fought since suffering that defeat at UFC 229 in October 2018, but he recently announced he’d return to the Octagon in early 2020.

50 hasn’t reacted to McGregor’s challenge as of Wednesday (October 30), but he’s previously claimed he could beat the former two-division champion in a fight.

“Right now, when he’s at 154 pounds? I’m 225 right now!” 50 said last year during a media call promoting his film Den Of Thieves. “They don’t understand this is heavyweight shit going on around here. I hit them, they see a white light. They hear a message. Slow down, boy. They think Jesus is talking to them.”

He also noted, “Outside the confinements of the sport, if you got into a [street] fight, it’s a different thing.”

This is when you regret throwing a chair in Brooklyn. LOL pic.twitter.com/GJFCVUyJmP