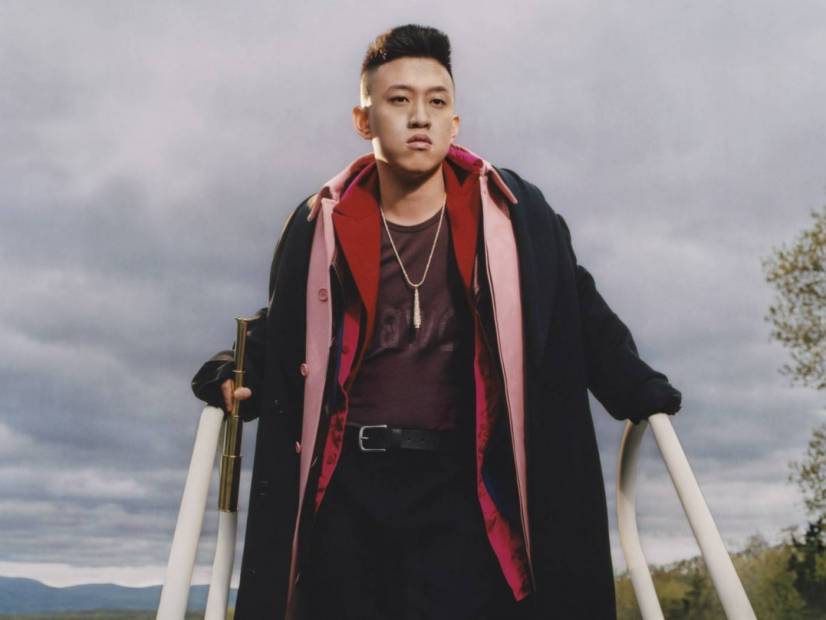 Making a career out of viral moment can be a Herculean task. All too often, artists get trapped by their social media notoriety. In 2016, at the age of 16, while still living in Jakarta, Indonesia, Rich Brian (then going back Rich Chigga) got widespread attention for his irreverent Trap banger “Dat $tick.”

He grew up learning English from watching YouTube and chatting with American kids on Skype. Suddenly, he became a trending topic in the internet culture he revered for so long. 88rising, an American media company that has an emphasis on Asian Hip Hop, reached out to him and arranged his visa to the United States so he could take his career to the next level. Though it’s been nearly four years since it was released, “Dat $tick” is seemingly a lifetime away.

Now 20, Brian has recently reached new heights of artistry with his latest album The Sailor. In the midst of a North American tour, he candidly spoke to HipHopDX about his upbringing, music and career aspirations.

As a homeschooled child in Jakarta, he turned to the internet for escape and companionship. He made his first Twitter account at the age of 12, and soon afterward was exposed to American Hip Hop icons like A$AP Rocky, Tyler the Creator, Drake and J. Cole. By 15, he was making his own songs and uploading them on SoundCloud. There are countless PSAs warning the youth to be cautious over their digital footprint — one bad post could lead to a life of regret. Brian knows this all too well. His original name — Rich Chigga — initially garnered negative attention. But Brian claims that before his viral success, he “didn’t fuck with” the name. Suggested by a friend over text message, the name was meant to be irreverent and since he already had already used it for one video on YouTube, he didn’t want to change it for “Dat $tick.” He was initially shocked by the backlash, noting, “My name was doing something that I definitely didn’t want to do.”

Controversy aside, “Dat $tick” was the perfect blend of catchy and absurd. Accruing over 132,000,000 million YouTube views and 120,000,000 million Spotify streams, it clearly has resonated with a global audience. In the video, Brian, dressed in a pink polo, fanny pack and shorts, gives a grab bag of American Hip Hop tropes his own quirky spin: he pours out bottles of liquor and raps braggadocious bars in front of a posse but there’s an underlying sense of playful self-awareness. “When I made [Dat $tick], I kind of knew that it was going to be my biggest video,” he recalled.

With the help of 88rising and Empire, Brian was able to build off that viral success and find exciting collaborators to flesh out his vision. He eventually dropped his offensive stage name and publicly apologized prior to his debut album Amen. And during the last two years, the rapper has ventured into cross-genre sounds and more disciplined lyricism.  His second full-length, The Sailor, has him exploring the immigrant experience with help from high profile collaborators like RZA, Bēkon and The Donuts.

Brian explained to HipHopDX, “The whole message of this album is about somebody who’s not afraid to explore uncharted territory.” During the writing process, he revisited being 17 and arriving in the States for the first time — “I was by myself without my family… I didn’t have that space in my head to be scared just because that was such a huge dream.” With The Sailor, Brian hopes to demonstrate how his specific story can be inspiring to others. Though he’s only 20, there’s already a cinematic arc to his life story —  a kid who grew up thousands of miles away from Hollywood gets to live out his Hip Hop fantasies because of discipline and internet magic.

He recalled how back in Jakarta, before going to the United States,  he sobbed during a screening of La La Land after resonating with the film’s message of pursuing one’s passion at all costs. Following his latest album’s release, he scanned his social media mentions and saw that numerous fans were telling him they were crying along to “Curious” — an introspective track about how far he has come both professionally and emotionally. He felt vindicated that he was now creating work which could have such a profound impact.

In addition to those messages, Brian gets feedback from fans about how he inspired them to also take a stab at being artists. He said, “Stuff like that is the coolest thing for me to hear as an artist because I know what it feels like to be fired up. I know what it’s like to be motivated by music. It’s a really strong feeling. And it’s amazing to know that I do that to other people.”

Now crisscrossing North America on tour, the “100 Degrees” rapper told HipHopDX about his other creative ambitions. He plans on taking a stab at acting, and cheekily divulged how he wants to play a character who is “an asshole that is also quick on his feet.” His ideal co-star? Emma Stone because “she’s beautiful and she’s a really good actress.”

Perhaps his first role can be in La La Land 2?

That would certainly complete his one-of-a-kind story.