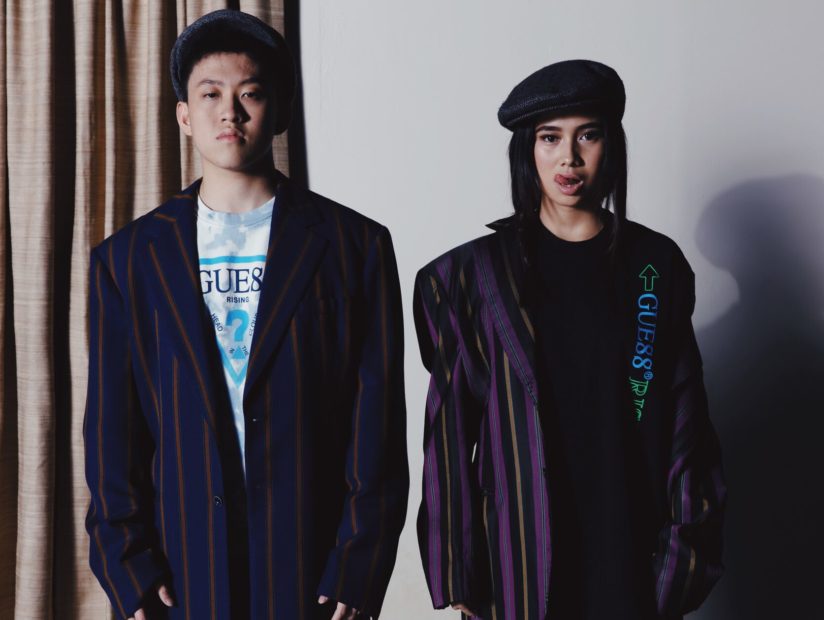 Los Angeles, CA – Fresh off the heels of their North American tour, inaugural music festival and first label compilation album, burgeoning imprint 88rising is making their next big wave at the forefront of Asian and Hip Hop culture by partnering with GUESS to create the GUE88 collection.

The 14-piece tie-dye themed capsule, inspired by their album Head In The Clouds, was released exclusively through HBX and sold out in less than an hour.

“When 88rising and GUESS met, right away we knew that our visions aligned to make a collaboration for the world that represents the past and the future of culture,” 88rising Founder, Sean Miyashiro, said.

The collection marks GUESS’s first partnering with an Asian collective.

“They’ve done amazing things for the Asian culture,” said Nicolai Marciano, director of brand partnerships for GUESS, “which makes this partnership a fitting alignment between the content, the music, the fan base and the global platform GUESS has to offer.”

The collection included long-sleeve and short-sleeve t-shirts, bodysuits and sweatpants with a range of psychedelic tie-dye color combos as well as light blue and white patterns, inspired by the Head In The Clouds album cover art. 88rising apologized to fans who were unable to purchase the items but reassured they’ll be back with more pieces soon.

More photos of the collaboration can be seen down below.