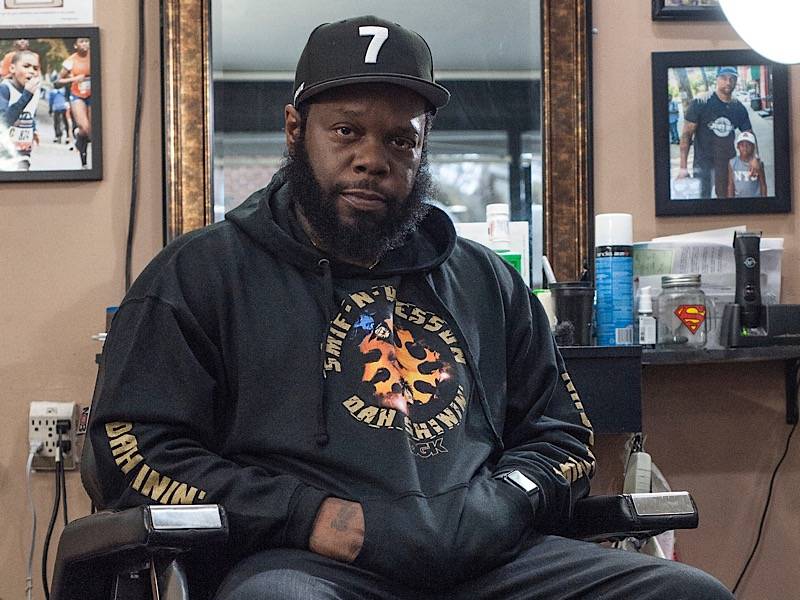 New York City, NY – As 25th anniversary of their classic debut, Dah Shinin’ approaches, Tek and Steele (collectively known as Smif-N-Wessun) have been having a great year. For starters, their new album The All — their first in six years — was universally well-received.

Fans who have followed the group during relative mainstream downtown, as they dropped their solo projects, are also being rewarded. This past September, Tek dropped The Lost G-Mixes— a 17-track mixtape he tells HipHopDX is a precursor to his upcoming LP.

“The new album is called Priceless, and it’s a dedication to my brother Sean Price. The world was a beautiful place with him,” he says. “Plus, it takes on family values and things that you can’t put a price tag on. Things like being a father and having a dope ass partner. Being a part of Smif-N-Wessun … and being grateful for the blessings that we’ve been given.”

GoOdAfTerNoON HAPPY 1ST OF THE MONTH 💯BE GREAT & LETSWIN 🙌🏾 BUT KNO…. EVERYBODY CANT GO 🍾🤙🏾💯💪🏾👑🦍 “EASTSIDE “ PROD. BY: @heartbreakfu Frum TEK- The Lost G-Mix CD 👷🏾‍♂️ CLIK THE BANDCAMP LINK IN MY BIO IF YOU DONT HAVE IT ALREADY 🆓 @mymixtapez

Though forthcoming about the context, he’s tight-lipped about the guests on the project.

“You’re going to have to get it to get it,” he says with a laugh. “I think people are really going to appreciate it. It’s going to be shocking to see some of these dudes are working together.”

He was willing to divulge one name: fellow Hip Hop luminary AZ. “That’s my brother right there from the borough. ”

With Smif-N-Wessun’s The All having just dropped this past March, expecting new collective material is quite aggressive. Especially from a group that thrived in an era when albums were allowed to percolate. That being said, Tek reveals that they are already back to the table, planning their next movements.

However, it appears The All‘s run still has a lot more to offer.

“We were just talking about preparing another video. It’s more than likely gonna be ‘Dreamland,'” he notes, adding that the song was one of his personal fave moments on the LP. “Then it’s on to the next project, which we don’t have a title for just yet … we’re still figuring it all out, and we got to go back over there to North Carolina and do it with the family again. ”

Tek’s longevity isn’t something he takes for granted. He’s gracefully acclimatized to the current wave of indie grind, diversifying and uncovering new ways to connect with fans.

“We have a lot of things in the works that we are trying to do, just to keep in front of the people and, and keep it going,” he notes.

One of the things he highlights is the duo’s new collaboration with Cameo, which provides reasonable drops, shoutouts and customized greetings for a small fee. He also has a gig as a resident DJ at Five Spot Soul Food in Brooklyn every Friday.

Another upcoming project along these lines of diversity (more so legacy driven), that he almost glosses over purposely, is a documentary — presumably about him and Steele’s career.

“I don’t know if I’m saying too much too soon,” he says. “We’re putting that together with Kevin Powell — that exceptional human being — Cynical Smith, my brother Kenneth Montgomery and the whole BKLN Combine,” he says.

“I’m (also) trying to get Steele to star in his own food channel,” he adds with a laugh. “He, travels around, and he rates all of the different restaurants that we go to while on the road … I’m trying to get him to open up a little bit more.”

Tek’s bigger picture is pushing the culture forward and evolving. It’s a fruitful message to reinforce in a year that’s seen numerous artists in their late forties early fifties continue to thrive.

The success that they’ve all been able to achieve by having their hands in multiple hustles related to their core brand.

“I’m giving the next generation something to look up to and let them know you don’t have to just do one thing, especially through music. It opens plenty of doors or windows for you and your people and everyone.”

As the interview draws to a close, with Tek circling back to his upcoming release, he shares a fond memory of his late comrade Sean P.

“What you saw is what you got. A lot of people thought that was a gimmick, but that was him and all actual factual reality. He was a hilarious dude, but he wasn’t no joke … he can walk in a room and raise the spirits, but If he didn’t fuck with you, he let it be known. It was no hiding behind the image of a rapper.

“He was just a great all-around brother, man. I really miss him. ”