Review: Smif-N-Wessun Deliver Refined Bars On "The All" 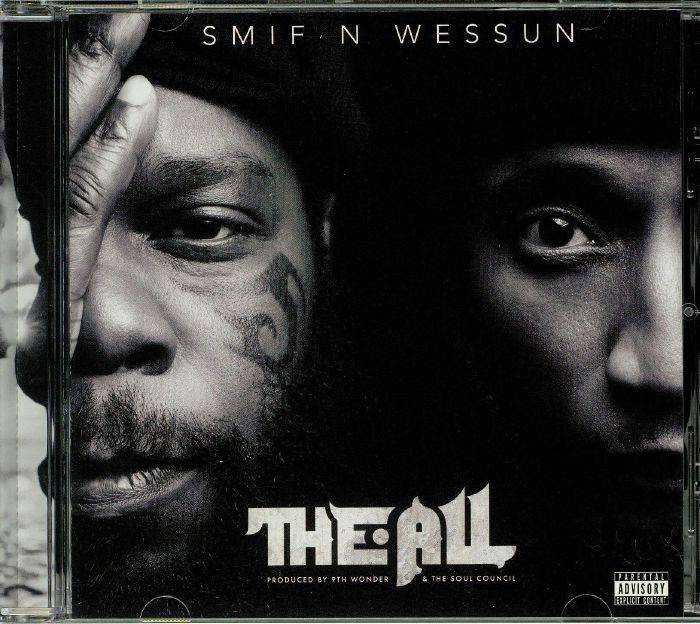 Celebrating 25 years together, Brooklyn duo Smif-N-Wessun have teamed up with 9th Wonder & The Soul Council — who most recently created Black Thoughts epic Steams of Thought Vol. 1 EP — to craft The All, an album that day one fans of the group truly deserve.

Both in their mid-forties, Tek and Steele decided to forgo rehashing the magic of their cult-classic debut, Dah Shinin’, and instead opted to serve up a solid top to bottom slice of Hip Hop, drizzled with the spirit of their majestic opening, and plated alongside a mature, retrospective outlook on their legacy and the culture as it stands today.

Much like their debut, the production is the unsung hero, 9th delivers soulful boom-bap that has this cool variation in vibes, adding some dimension to the setlist. The intro, “The Education of Smif N Wessun,” sees the duo shining a light on culture vultures, drugs in Hip Hop, relationships, and a host of topics presented from a slant of learned experience. The deep, booming drums feel like a subtle nod to The Beatminerz production that burrowed its way into the hearts of fans during Boot Camp Clik’s come up.

A similar feeling is captured on “Testify” and the LP closer “One Time,” which is a walk through their career, cleverly weaving together classic song titles throughout the OG Duck Down discography.

One of the standouts on the project — if only stylistically — is the Rapsody and Musiq Soulchild-featured “Ocean Drive,” with it’s vibed out bop. It’s a love themed track for their ladies, with Rapsody offering the female perspective. “Letter 4 U,” an ode to their mothers, and the Raekwon featured “DreamLand” offer emotionally introspective and more sonically lighter moments on the tracklist, but “Ocean Drive” is the farthest they get outside of the box.

Rick Ross ultimately walks away with the project’s hardest verse, on “Let Me Tell Ya,” where he throws shade at Lil Wayne’s deal and the current artistic iteration of Kanye West.

The All isn’t flawless, though. “We Good,” for example, has a lazy chorus and mixing that sounds oddly off from the other records. However, any slight missteps are forgivable and buried under the weight of some of the project’s more lyrically complex fare.

9th Wonder & The Soul Council help give this project a uniquely vintage vibe, without drowning it nostalgia. Meanwhile, the duo themselves illustrate that they haven’t missed a step. While wiser and more lyrically refined, they have the same hunger. This project doesn’t leave any comfort zones and likely won’t be found on many best-of lists — but for fans of Hip Hop who like their music a little more gracefully weathered and true to past NYC rap glory (depending on your perspective), this is fine wine, Brooklyn style.