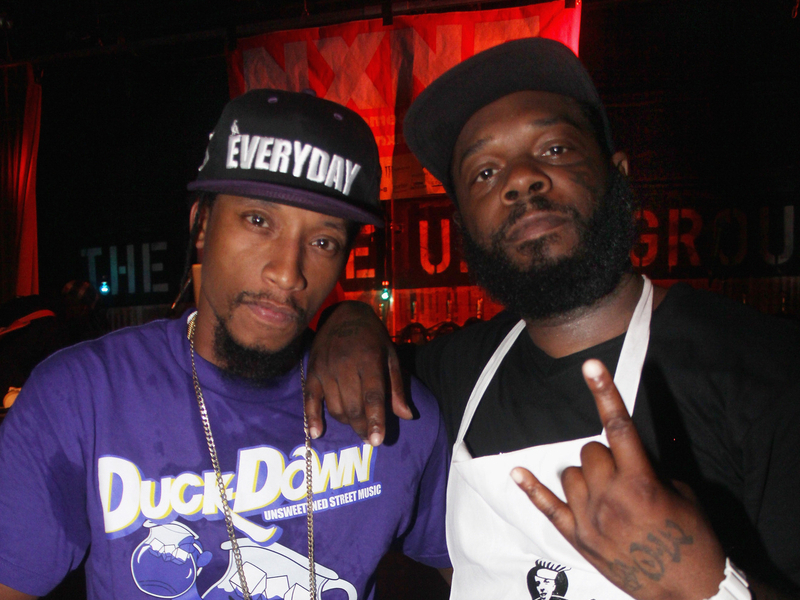 The presence of Sean Price, who would’ve turned 47 this coming St. Patrick’s Day (March 17), continues to be felt years after his death. Fellow Boot Camp Clik members Smif-N-Wessun explained exactly how Sean P still looms large while speaking to HipHopDX about their new album The All.

The LP, which dropped in February, was the duo’s first release since Price passed away in 2015. But according to Tek and Steele, the late rapper’s spirit played a major role in their creative process.

“I’ll tell you from my vantage point, Sean was in the studio with me when I was writing,” Steele said. “I felt him. And every so often when we do our shows, when we talking about things like right now, I can feel him. I’ve been around son so much that I know what he would be saying to me right now if he was right here.”

Smif-N-Wessun’s strong connection to Price is something they value, but the grief can be overwhelming at times. Steele recalled a previous interview in which he was reduced to tears when asked about the Heltah Skeltah MC.

“The last time someone asked me about Sean Price, I couldn’t even say no words, bro,” Steele said. “I ain’t gon’ lie. I couldn’t say no words. I ain’t even know until he asked me. When he was like, ‘Yo, what you think about Sean?’ I just started crying like a little baby. I said, ‘Man, hold up. Cut, cut, cut.’ I ain’t even know. Sean is funny like that. He has been in all of our lives, like a powerful entity, aside from Boot Camp.”

Tek noted, “There’s not a day that goes by where you don’t think about him … especially performance-wise. [Recently] we was all together as brothers with O.G.C. The only two that was missing was the Twin Towers, Ruck and Rock, Heltah Skeltah. Everybody felt it.

“It was like the elephant in the room. When you got home, you realized, damn, his presence was there. It’s just like the physical wasn’t there. But it all brought us back together at the same time to be like, ‘Damn yo, I miss that brother.'”

Although the heartache of Price’s death lingers, Smif-N-Wessun do their best to stay positive and help carry on his legacy.

“It’s been rough,” Steele admitted. “It has been really rough, but if you channel it and you go, alright well, dude is with you. That’s how we gotta carry it.”

Tek added, “And that’s not only Sean Price. That’s a lot of people that we gotta still keep doing it for that’s looking down over us, protecting us and riding with us. Definitely wish he was here to … I wish he was here to see us rip through the underground. But he started with us, so he know what it’s like. He up there telling them, ‘Yo, Smif-N-Wessun got the new All album. Y’all better get ready!'”

The duo’s relationship with Price was — and still is — bigger than music. It’s why they consider his family to be their family.

Steele confirmed, “[She’s] just like that dude! No holds barred, she has no punches to pull.”

The life of Sean Price will be celebrated at SOBs in New York on Sunday night (March 17). Smif-N-Wessun will join their fellow BCC members on stage and perform in honor of Ruck.

Check out more information on the event below.

A post shared by Bernadette (BenaZir) Price (@bernadettealwayshumble) on Mar 8, 2019 at 9:47am PST