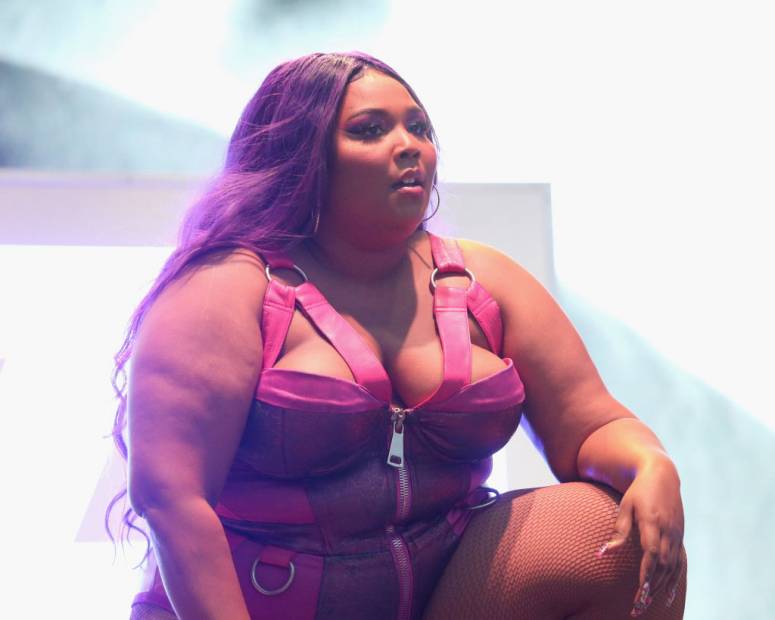 Lizzo Accused Of Jacking Most Of "Truth Hurts"

Lizzo can’t catch a break. The chart-topping artist has found herself in hot water yet again, this time over her hit single “Truth Hurts.”

After making an initial attempt to trademark the phrase “I just took a DNA test, turns out I’m 100 percent that bitch,” several news outlets reported the phrase was actually coined months before the single was released.

As Cosmopolitan reported in August, British musician Mina Lioness claimed she tweeted the phrase first in February 2017, seven months before the release of the hit single. Now, a second musician is coming forward claiming Lizzo not only hijacked the phrase but also the melody.

On Tuesday morning (October 15), producer and songwriter Justin Raisen compared the popular song to a single called “Healthy,” one he alleges he helped write with Lizzo and her team in the early months of 2017.

The video includes audio from “Healthy” and, at one point, even plays a mashup of both songs simultaneously to put the similarities on blast.

The Truth about “Truth Hurts” On April 11th, 2017, we wrote a song called “Healthy” w/ Lizzo, Jesse St John, and Yves Rothman at our studio. “I just took a DNA test turns out I’m 100% that bitch” was taken from “Healthy” and used in “Truth Hurts”. We were never contacted about being credited for the use of the parts of “Healthy” (melody, lyrics, and chords) that appear in “Truth Hurts”. After reaching out to Ricky Reed and Lizzo’s team about fixing it, we put the song in dispute in 2017 when it came out. We’ve tried to sort this out quietly for the last two years, only asking for 5% each but were shutdown every time. Coming forward publicly to family, friends, artists, and colleagues seems to be the only way at this point in relieving some of our emotional distress caused by this. The last thing we want to do is throw any negativity toward Lizzo’s momentum and movement as a cultural figure. If we believe in what she’s preaching, believing in ourselves & our own voices is something we thought she’d understand. Shout out to the singer Mina Lioness ( @minalioness ) for tweeting “I just did a DNA test turns out I’m 100% that bitch”. A meme of that came up in our writing session & inspired the lyric and melody we wrote together. If Ricky and Lizzo’s team decide to settle this dispute with us, we would like to share some of the proceeds with Mina for her influence on Healthy. The clip below shows a video & photos from the day we wrote “Healthy” along with the comparisons between the two works. All the Love, Justin & Jeremiah Raisen #lizzo #truthhurts #healthy #billboard

As explained by The Guardian, Raisen may be offered more legal protections than Lioness if his claims are true. Currently, intellectual property laws don’t cover viral content, a lesson that many over the years have learned the hard way.

Raisen is seeking songwriting credits for himself and other collaborators who he says have been ignored as Lizzo and “Truth Hurts” have blown up. “Truth Hurts” spent weeks at No. 1 on the Billboard Hot 100, breaking records in the process.

“We were never contacted about being credited for the use of the parts of ‘Healthy’ (melody, lyrics, and chords) that appear in ‘Truth Hurts,'” Raisen captioned his Instagram post. “We’ve tried to sort this out quietly for the last two years, only asking for 5% each but were shut down every time.”

If credited, Raisen promises to share his profits from the song with Lioness whose viral meme was used in the writing session for “Healthy.”

Lizzo’s trademark application may get caught up in the legal battle if she ends up having to divvy up some of the song’s earnings.

HipHopDX has reached out to Lizzo’s team for comment.