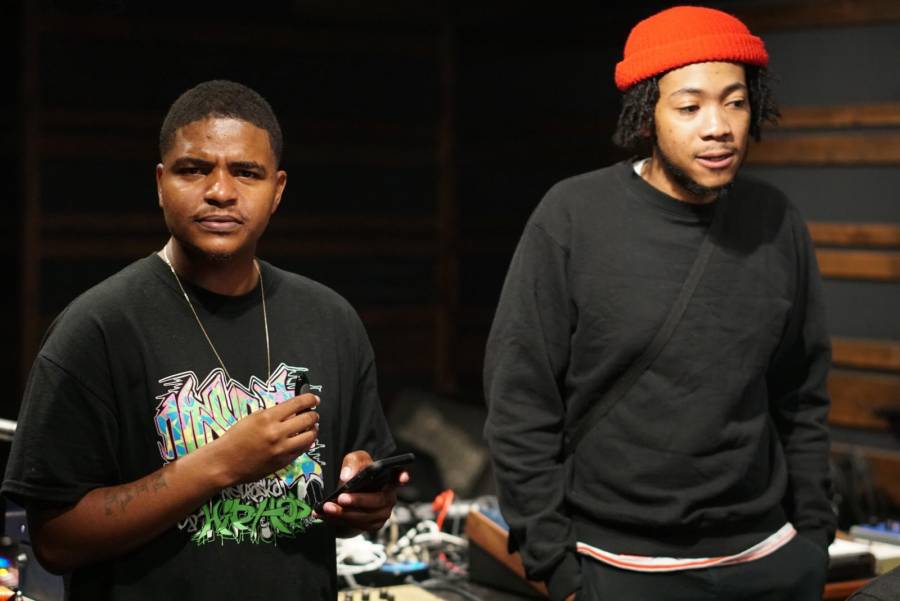 In more ways than one, it’s incredibly inspiring what J. Cole has managed to accomplish in such a short amount of time with his record label Dreamville. Since the KOD rapper and his manager Ibrahim Hamad embarked on the journey in 2007, the label has signed several notable acts including J.I.D., Bas, Ari Lennox, secured the most collaborative No. 1 Billboard 200 appearance in history with the compilation album Revenge Of The Dreamers III, and now Dreamville is staging a major coming-out party in the film industry with the one-of-a-kind documentary Out of Omaha.

BIG NEWS! We are thrilled to announce that OUT OF OMAHA will premiere on STARZ on September 9, 2019. #OutofOmaha #STARZ #Dreamville

Executively produced by Cole himself, the harrowing film follows the lives of twin brothers Darcell and Darell Trotter of Omaha, Nebraska over an eight-year period that harkens bold themes of race relations, income inequality, and most importantly, brotherhood. The film won the Audience Award at Doc NYC in 2018 and made its worldwide debut on Starz and Prime streaming platforms last month.

What a night. An amazing premiere for the film and a standing ovation for Darcell, who got to meet his hero J. Cole before the show. We will never forget this night. Thank you @docnycfest and @thompowers1 !

In an exclusive interview, HipHopDX spoke with film star Darcell Trotter and featured artist Skylar “Scky Rei,” Reed about their experience working on the film in collaboration with Dreamville.

HipHopDX: How old are you and when did you meet?

Celly: My name is Darcell Edward Trotter. I go by “Celly.” I’m 27-years-old and I’ve known Skylar since I was 14, Freshman year at NorthWest High School.

Scky Rei: My name is Skylar “Scky Rei” Reed and I’m 27-years-young. Been knowing each other longer than I even knew.

The grind made a difference, Without compromising who we are..🙏🏽💪🏾👑🏁#OutofOmaha🔒#Hustle365

HipHopDX: How did you two meet?

Scky Rei: We both were in a thing called Fort Knox in a studio in the hood when were in high school. Been really close since.

HipHopDX: What inspired the filming of the documentary? I hope it inspires everyone in the city — that no matter what obstacles you’re facing, you’ll get through it, and keeping a focused mindset even through the bullshit. And most off all, I hope this bridges the gap between all the different demographics and regions in Omaha that don’t have an understanding of each other.

All praise to the most high!!!🙌🏾 We stayed down, sacrificed, now we Worldwide!!! Love O-Town❤️#OutOfOmaha🔒#Firefly#Dreamville#Hustle365#Starz#OutNow

HipHopDX: How did you maintain the footage for nearly a decade?

Celly: The origin of the Doc started from a high school foundation I was apart of, Avenue Scholars. My director, Clay Tweel, and producer, Ryan Johnston, were doing promo work for the foundation and they liked my personality. And it later turns into a relationship of them following me around with a camera documenting my everyday way of life. Due to the chemistry we had, our relationship would still be intact throughout my teenage days, all the way up to making my transitions where I am now. That allowed us to keep filming through the eight years.

HipHopDX: How did the Dreamville get attached to the film?

Celly: Knowing that J. Cole was my idol, one of our producers, Tim, had a relationship with Cole’s Creative Director Scott Lazer, which led to the collaboration.

HipHopDX: What was it like meeting J. Cole and working with him on the film?

Celly: It was definitely a surreal experience. Cole’s just like how he comes off in his music. An authentic, down earth guy, that actually really cares about everyday issues that affect his people.

Last time we got together we were in NYC. Now, we’re coming home. We are thrilled to announce that OUT OF OMAHA, dir. @claytweel and Exec. Prod. by the great @realcoleworld will make its Omaha premiere at the 2019 Omaha Film Festival on Wednesday, March 6, 2019, at 8PM. Check back for announcements about additional screenings and events!‪ #omahafilmfestival #imperativeentertainment #omaha #northomaha #nebraska

Scky Rei: I didn’t meet him, I was still dealing with anxiety and New York is huge. I’ve done shows and all, but my mind wasn’t right and it didn’t feel like the right time. But I know he likes my music, and that meant a lot to hear. But for me just being associated with the likes of J.Cole or having your name next to him and Clay Tweel was just surreal honestly. Going Starz and seeing my brother Celly and my name on TV and us being alive and well to see it at a young age is a blessing.

HipHopDX: How did it feel to contribute your music to the production?

Scky Rei: Mostly for me, it was great because it gave me an opportunity to be heard, of course, but when I was asked to create the Christmas track specifically for the movie, that was everything! Shout to INFNTLP on making the beat and Make Believe Studios for recording it.

HipHopDX: What was the hardest part of the making and release of the film?

Celly: The hardest part for me was having to watch the documentary and relive some of the obstacles I had faced throughout my journey. That was the hardest. But it’s dope for the world to finally know what we go through to survive every day in North Omaha.

Scky Rei: For me, it was feeling embarrassed about financial issues and not being there for my bro for such a long period of time. A lot of things I didn’t know happened because I was dealing with my own stress and struggle while trying to stay composed as a professional artist in public versus a cashier at Target.

HipHopDX: Can you describe some of the things you are working on now?

Scky Rei: I have some things in the works. From music to clothing. I’ve won awards for music and we have awards together with this film. I have a clothing brand called staycltrd then I also do multi Media design specializing in illustration, design, and web.

Celly: As of now I run a concrete business with my brother Darrell. And we also have a building with appliances and household items. Also, Skylar and I have an apparel line getting ready to launch and drop soon. And There’s dope music on the way, also.

Catch the trailer for Out Of Omaha below and stream the full film here.