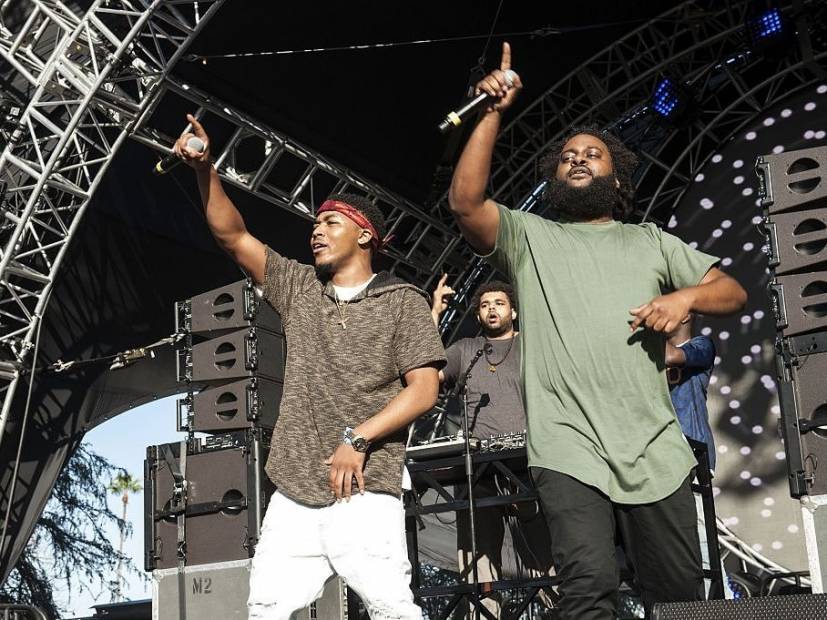 Team Dreamville React To “Revenge Of The Dreamers III” Going No. 1

The third time’s the charm for Dreamville Records as their highly-praised compilation album Revenge Of The Dreamers III hit No. 1 on the Billboard 200.

Review: J. Cole & Dreamville’s “Revenge Of The Dreamers III” Is A Clinic For Hardbody Hip Hop

The LP showcased the talent on J. Cole’s imprint and introduced new fans to the eclectic group. This marked the first compilation album from the camp to hit the top spot on the Billboard charts, and the inventive, as well as accomplished artists, took to social media to show their gratitude.

Love you @Dreamville siblings. We did it ❤️??

UPDATE: YALL DID THAT. #1 ALBUM IN THE COUNTRY #ROTD3 https://t.co/Ul0xvxFyuM

newcomers to dreamville heard the compilation and got me getting credit for hella lines I didnt say, and im not in the mood to correct em ??‍♂️ THANK YOU

Too many people to tag but y’all know who y’all are…we number fuckin one champ. Shit crazyyyy! Congrats to me and the rest ??

The platinum-selling lead single “Middle Child” featuring J. Cole scored his highest charted song on the Billboard Hot 100 peaking at No. 4. The North Carolina native also announced his wife and him were expecting their second child on the project. “Got Me” by Ari Lennox and Omen was the second single that featured Ty Dolla $ign and Dreezy. The third track released was “Down Bad” by Cole, J.I.D, Bas and EarthGang featuring Young Nudy.

The LP was made in 10 days at Atlanta’s Tree Sound Studios and hosted over 65 guest spots, the most ever for a No. 1 album. Throughout the recordings, the artists teased songs on social media and praised the good vibes in the sessions. The label eventually released a documentary of the creative process titled Dreamville Presents: REVENGE.