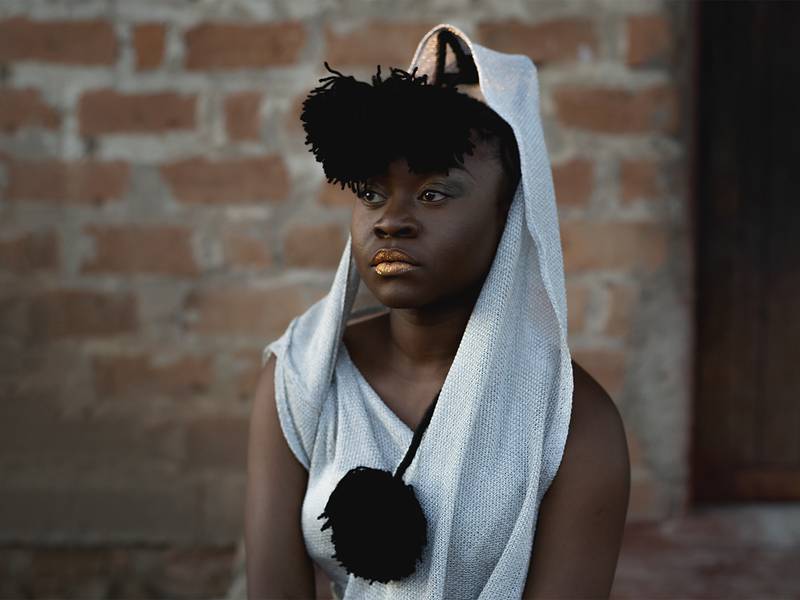 Interview: Sampa The Great Explains Why "The Return" Album Represents Her Duality

Sampa The Great isn’t widely known in North America, but her new album The Return might change that. The Zambian-born MC has made a name for herself in the Australian Hip Hop scene and seems poised to finally make inroads on the other side of the world with her debut LP for Ninja Tune.

While her previous releases Birds & The BEE9 and The Great Mixtape are certainly good projects, The Return is a perfect introduction for new listeners because it showcases a fully realized artist. Although Sampa’s rap origins are forever connected to Australia, her latest album reestablishes her identity as a native of Zambia. The LP explores her home and gives fans a more complete picture of the talented artist than ever before.

HipHopDX caught with Sampa to discuss The Return and learn why it was so important for her to showcase her Zambian roots. In Part 1 of the conversation, she details how the LP was a vehicle for expressing duality in her identity and explains why she created long tracks in an era when songs are getting shorter.

HipHopDX: With The Return being your debut LP, what differences went into the creation of this album as opposed to your past projects?

Sampa The Great: A lot. First of all, [some] would argue that BB9 was my first album, especially my producers. But I think with this one, not only is it a more assured self, but there’s less control that went into what went into this album. Usually, when I do go into any project, I already know what sound I want. I already know what instruments, everything to do with the record. And with this one, it sort of took a journey of its own.

I knew the theme that was sparked, which was home because I’m based in Australia and my professional career started in Australia. A lot of people from home where I was born and raised didn’t really know about my professional career. So, it always felt like two separate Sampa’s basically. And it’s only until I saw how much that disconnection and that homesickness was affecting me and my joy and my contentment. Even though things around me were happening and were boosting my career and monumental things were happening in my career, I still felt that sense of incompleteness because these two worlds hadn’t met.

And so initially the spark that came from the conversation that I had with my friends and my community was home. And as we delved deeply into it, it sent me on an inward journey and things started revealing themselves. It was just stories spilling out of me and spilling out of the people that were able to collaborate with me. These are people I love, people I speak to, people I know and they were involved in this record.

HipHopDX: Can you elaborate on what it’s like to make a career in Australia but be from Zambia and still represent your home?

Sampa: It came full circle for me this year. I had my first shows at home. Radio stations at home are playing my songs. I’m in interviews on TV and radio at home. And so that sort of came to a completion this year. But before, it was definitely a really hard space for me. I mean, even in Australia, they were calling me in Australian Hip Hop artist and I just felt like they were not completing the sentence because that was not my full identity being expressed.

I am Zambian and to leave that away is leaving a piece of my identity away. So, it definitely felt like an identity was being created for me and what I wanted to do with this album was return back to the Sampa that I grew up with and people grew up with but also tell the narrative for myself. Meaning going home and showing you the school I went to and the malls I walked around and my parents and my music views actually tell you my story for myself and write that narrative for myself.

HipHopDX: Being in Australia and from Africa, what difficulties or problems — if any — have you found in trying to find a market in the United States as an artist from across the world?

Sampa: I haven’t really delved in. I had my first shows this year. And it’s definitely walking into it like this is where Hip Hop was born, you know? And I just go from the perspective of if someone came to Zambia and did Zambian music and was like, ‘I like this and this is what I want to show you.’ So for me it has always been this is the music, this is the genre, this is the culture I fell in love with and this is the way it has inspired me. And when I express myself through Hip Hop, I’m adding my identity to it, to the culture that I’m inspired by, but I add who I am to it. So, it’s not me trying to be someone else. It’s me adding my own culture, my identity to something that I love that inspires me.

HipHopDX: Gotcha. You’re signed to Ninja Tune and while they’re no strangers to Hip Hop, the label’s not a frequent destination for rappers. What made them the right place for you?

Sampa: Freedom to create and be that artist who brings the work to the label. They were always helping me out in that sense. Ninja was able to do that for me. There was no changing myself or my identity or anything that had to be compromised on the creative. It was always, ‘We love your art, how can we help you out with your art?’ And at the time, it was perfect. They’ve been amazing and making sure that the album is heard.

HipHopDX: Listening to this album, I really loved the sound. You used a lot of live instrumentation and there was some creative sampling too. What went into that side of the album-making process?

Sampa: Silentjay executive produced the whole album. He was involved in BB9 as well. But for me, it was a mixture of how I approached it without being too much in control of how the overall sound would be because I also wanted it to sound good, naturally. I wanted it to go in the direction of where I was in life and take a snapshot of where I am in life and what I wanted to speak about and what I wanted to express. And so I approached the album with the mindset that this is going to be the hybrid of BB9 and The Great Mixtape together — two things that I ultimately love.

BB9 was heavy on live instrumentals and Great Mixtape was heavy on beats and sampling. I wanted those two worlds to merge because I felt like they were two different parts of me that had to be introduced separately. And this is the bridging of everything as a whole. I wanted all of the range to be covered from sampling to live instrumentation to poetry to chanting, which has always been in all of my music. But the main direction was for this to sound like a merge between those two.

And then in terms of covering sounds, songs like “Leading Us Home” were songs that I never really even thought I would make or a genre style I never even thought I would make. And I think that’s the beauty with releasing control of certain aspects of the creative process so that you make sounds and music that you never thought you would make. So, I gave space for that as well, but I made sure I give the music a direction in which to go.

HipHopDX: One thing that really stood out to me was at the end of the album, there’s a sequence of tracks and they’re all seven to nine minutes long.

HipHopDX: It was interesting to me just because I’ve seen the industry going to where songs are getting shorter and shorter now. And so it was just fascinating to see an album end that way. What went into that decision? Was it something to make the album experience important as opposed to just songs that might end up on a playlist?

Sampa: Yeah, that’s just an aspect of music-making with me and my team that we’ve never really touched. For me, it’s fully about expression and if the song and the topics in there and the level of expression requires it to go that long, that’s how long it will go. But I do understand the compromise of radio edits. I think [2017’s] “Bye River” had a radio edit and people still love the long one.

For me, it’s just in the songwriting process, it’s not something I can think about because it’s definitely gonna limit what I want to express if I know there’s a time limit on it. So, it’s just never been an aspect that we’ve paid attention to at all. And I think we have a knack for knowing when a song is done and when what’s needed to be said is said. And then that’s the song. And I hope people take from it. It’s a 19-track album — that’s with interludes. That’s a journey in itself. Hopefully, people who listen to my music knowing are open enough to take that journey with me.

Check back soon for Part 2 of DX’s interview with Sampa The Great.