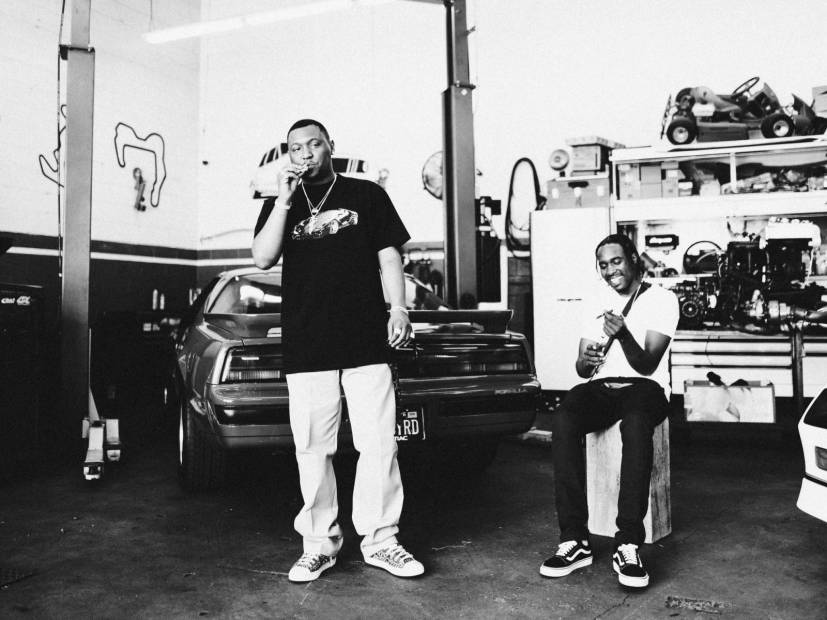 #DXCLUSIVE: Hit-Boy Promises Nothing But Heat On Next Album

Los Angeles, CA – West Coast producer/rapper extraordinaire Hit-Boy is seemingly everywhere, all the time. He recently made waves via his stellar assist on Big Sean and A$AP Ferg’s “Berzerk.”

He also released a new collab with Saweetie last month and just shared the single “Start It Up” up with long-time collaborator and family member B. Carr earlier this week.

HipHopDX briefly connected with Hit-Boy in an email exchange to get a grasp on his ever-expanding output and what lies ahead for the HS87 head honcho.

HipHopDX: The last collaboration between you and B. Carr was four years ago on the track “Show Me Something.” Can you give some background on how you two linked for “Start It Up” — When can we expect more music from you two?

Hit-Boy: Me and BC family so we always working, it’s just about timing. “Start It Up” been around for a while. BC had his verse and I added mine and did some co-production and felt it was time to drop. We gone be dropping a lot of music now that “Start It Up” is out.

HipHopDX: A few days ago you posted some pics on Instagram at Chalice with Tee Grizzley, Anderson .Paak, Big Sean, Ant Clemons, and so on — What’s it like in sessions like that and how does it make you feel to see the progression of Chalice to such a highly renowned recording studio?

Hit-Boy: It’s all about balance, having a sound that anyone can feel and relate to. Working with so many artists at once keeps me on my toes and locked into what’s next. Chalice is the spot, a very creative place. You feel like it’s time to work when you pull up here.

HipHopDX: You released “No L’s” featuring Saweetie last month. How did that collaboration happen? Will you be releasing more collabs like this soon?

Hit-Boy: Me and Saweetie worked on her project and had songs leftover that ended up making the Madden soundtrack, etc. “No L’s” was one of them. I have an album dropping with nothing but fire collaborations from dope artists over my beats.

HipHopDX: What’s the future of HS87?