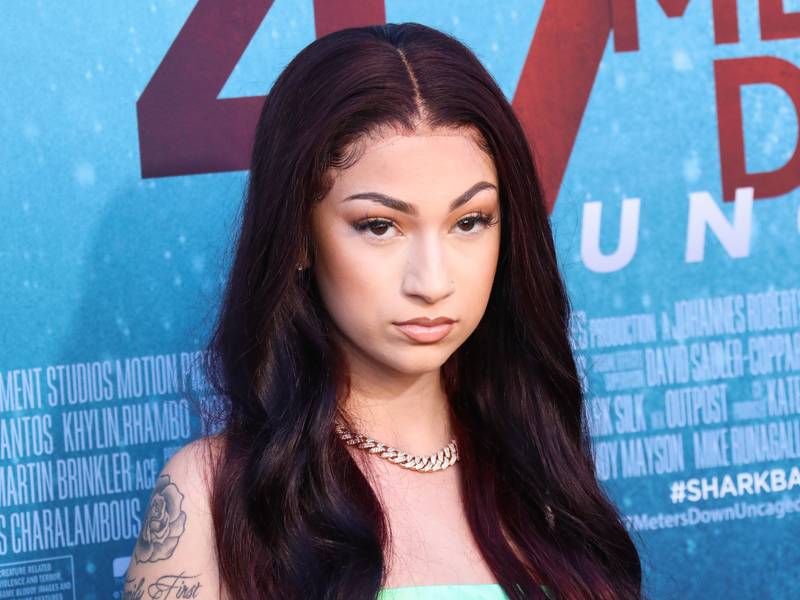 Bhad Bhabie has felt the wrath of the Barbz.

The viral sensation-turned-rapper took heat from Nicki Minaj’s devoted fan base after the teenager mentioned Nicki’s name while speaking about the use of writers in the music industry.

“Y’all just don’t understand how this industry works,” Bhabie said on Instagram Live. “And it’s so sad. It’s so upsetting because people put a lot of work into getting things done and then y’all hear, ‘Oh, she didn’t write that hook? Oh, well fuck her.’ What? Y’all know most of the biggest names — Drake, Nicki — all them people get shit written for them too. Wayne. Like, all types of people get shit written.

“Whether they actually gonna use it or not, shit still gets written. Even sometimes in sessions, artists will talk to they friends and be like, ‘Aye, should I say this?’ or ‘Aye, you think this right?’ And one of they homies will be like, ‘Aye, nah, you should say this.’ That’s how shit gets done! Sometimes, it’s a team effort.”

Bhad Bhabie was on live earlier… First video via: @theminajpress

Bhabie’s mention of Nicki didn’t sit well with the Barbz, who went on the attack via social media. In response, the “Cash Me Ousside” girl jumped back on Instagram Live to clarify her words and slam Nicki’s fans for being irrational.

“I forgot that Nicki’s fandom, majority of them are brainwashed and braindead and are just so in love with her that they believe anything she says or whatever,” Bhabie said. “Not once did I ever say that Nicki doesn’t write all of her music or that Cardi doesn’t write all of her music or that City Girls or Lil Wayne or any of them people that I brought up earlier. I did not say they do not write all of their music. What I said was hooks are given to them, verses are given to them sometimes. And that’s it.

“For y’all bringing up the videos of Nicki saying that she wrote ‘Good Form’ and ‘Chun-Li’ and all that, I know Nicki writes some of her stuff. I never not once did I say, ‘Nicki doesn’t write all of her stuff.’ Y’all are just so stupid that y’all take shit and run with it.”

She concluded, “Y’all just need to understand that it’s the truth and that’s how shit goes. Shit gets given to people sometimes.”

Bhabie also shared a message on Twitter saying she had no ill will for Nicki.

Check out some of the fan reactions to Bhabie’s comments below.

WHEN NICKI SAID SHE WROTE EVERY RAP SHE SPIT SHE DIDNT LIE WHY THE FUCK WOULD SHE SAY THAT IF IT WAS THAT EASY TO FIND @BhadBhabie YOU ARE DUMB AS FUCK ON WIKIPEDIA AS IF WIKIPEDIA IS RELIABLE. Just because you use writers doesn’t mean everyone else does. Clown lookin ass

So @BhadBhabie sweetie…we know you don’t write your raps but don’t come and say Nicki doesn’t like the clownery jumper out pic.twitter.com/UmEfqGq9XI

@BhadBhabie is calling out Nicki Minaj and Beyoncé as if she’s someone when she has ghostwriters and got famous off of a Dr. Phil episode?Catch Nicki in the studio with a pen HOW BOUT DAT?! pic.twitter.com/gEsExy9Pr8