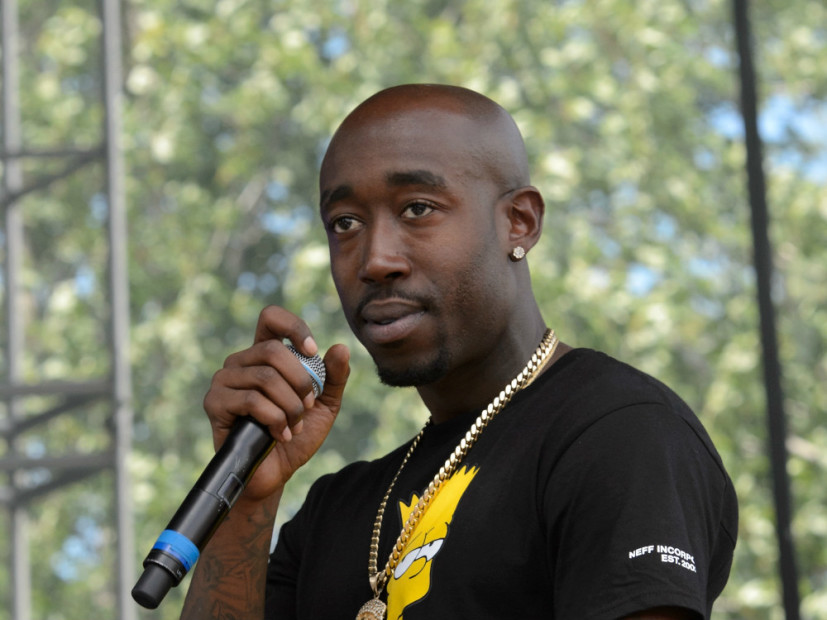 JAY-Z’s recent alignment with the NFL has created division among both his fans and peers. Some believe it’s a slap in Colin Kaepernick’s face while others applaud the Hip Hop billionaire for the bold business move.

According to a recent Instagram Live post, Freddie Gibbs falls into the latter category. The Madlib collaborator hopped on the social media platform over the weekend and fully backed the Roc Nation boss.

“Imma ride with JAY-Z,” he says. “Straight up, man. Fuck Colin Kaepernick. All y’all niggas march for Colin Kaepernick and he took a settlement and didn’t tell y’all what he got or nothing. You know what I’m saying? He settled. So, let it go. Y’all hatin’ on JAY-Z for trying to own something in the NFL. Y’all some muthafuckin’ crabs.”

Last week, Roc Nation announced the company was partnering up with the National Football League for the Inspire Change initiative, a campaign created in the wake of Kaepernick’s  national anthem protests. Hov’s label will also serve as the NFL’s “live music entertainment strategist,” which includes consulting on productions such as the Super Bowl halftime show.

But it appears Jay wants more. The Hip Hop mogul is reportedly planning to become a co-owner of a NFL team, although the name of team hasn’t been specified.

Sources told TMZ Sports Hov is not only a “huge fan” of the NFL team but also wants to continue to be a “change agent” for the professional football league.