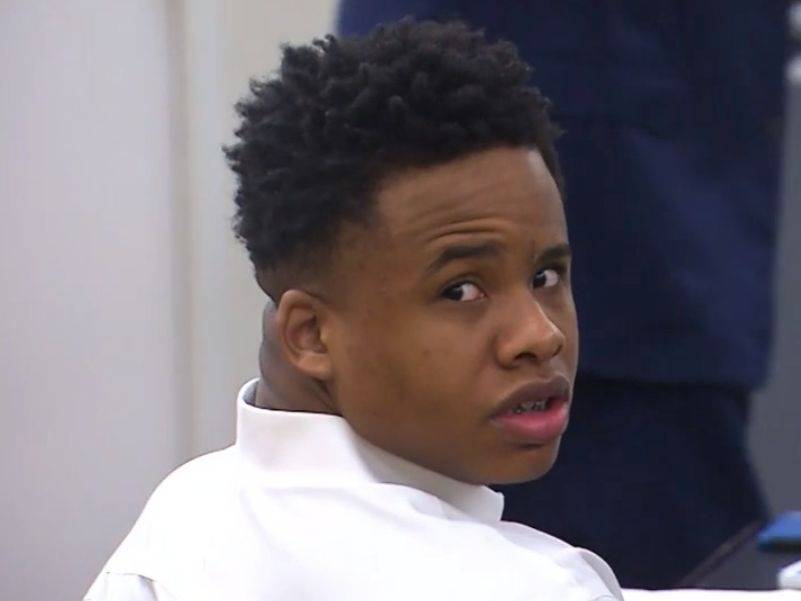 Bexar County, TX – Tay-K’s newest mugshot has surfaced online weeks after he was sentenced to 55 years in prison. The leaked picture shows him scowling at the camera.

Last month, Tay-K was found guilty of a “lesser included offense of murder” for his role in the 2016 shooting death of 21-year-old Ethan Walker. Although the teen rapper wasn’t the triggerman, prosecutors said he recruited the shooter and organized the robbery that led to Walker’s death.

In 2017, Tay-K’s song “The Race” went viral and made its way onto the Billboard Hot 100 chart. But the track’s success made for a disturbing trend due to the real life backstory.

On the song, Tay-K famously rapped, “Fuck a beat, I was tryna beat a case/But I ain’t beat that case, bitch, I did the race.” The line was a reference to him cutting off his ankle monitor and going on the lam after being put on house arrest for Walker’s murder. During his time on the run, Tay-K became the suspect in another murder and allegedly beat up a 65-year-old man.

Tay-K is still facing a capital murder charge for allegedly killing 23-year-old Mark Saldivar in 2017. Prosecutors are seeking to try him as an adult despite him being 16 years old at the time of the crime.