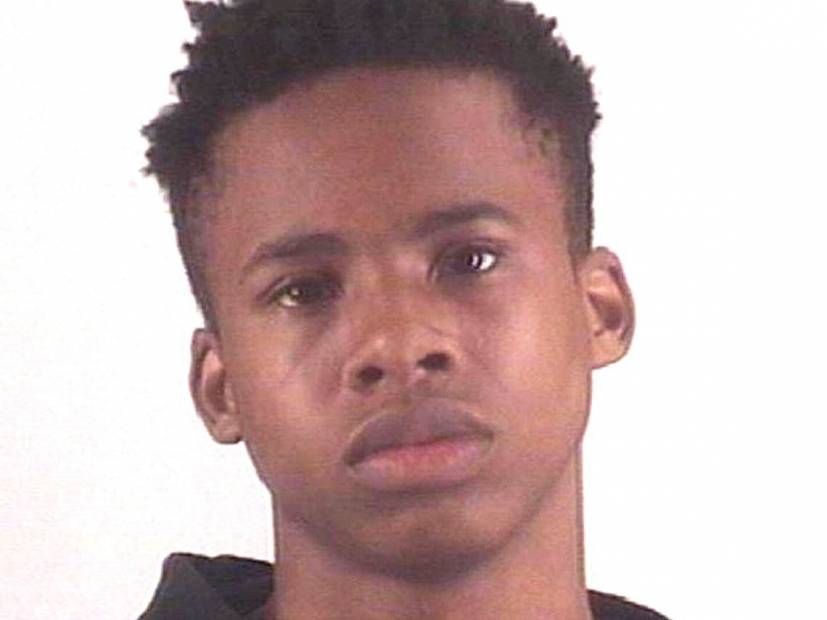 Incarcerated rapper Tay-K is reportedly being sued by a man who says he was robbed and brutally beaten by Tay when he was on the run. The Star-Telegram reports Owney “Skip” Pepe and his wife, filed the lawsuit against him on Friday (May 3).

Six other co-defendants have been convicted or pleaded guilty in the case.

Just 16 years old at the time of the incident, Tay was on home confinement when he cut off his ankle monitor in March 2017 and fled. He just days away from a certification hearing.

While on the lam in San Antonio, authorities say he fatally shot 23-year-old photographer Mark Anthony Saldivar during a robbery in April 2017. A month later, he allegedly attacked Pepe.

The suit states Pepe was walking in Cravens Park near his Arlington home when Tay crept up on him, held a gun to his head and demanded his wallet.

“McIntyre then savagely beat the defenseless 65-year-old, leaving him unconscious with multiple broken bones and [a] brain bleed,” the lawsuit alleges. “McIntyre dragged Mr. Pepe’s body off the trail and left him for dead in the woods.”

Tay was later arrested in New Jersey and certified to stand trial as an adult in the Walker capital murder case and aggravated robbery charge in connection with Pepe’s attack. He’s also charged with possession of a prohibited item inside a correctional facility after allegedly sneaking a cellphone inside his underwear.

He’s charged in Bexar County with capital murder in connection with Saldivar’s robbery and shooting.

The Pepes’ lawsuit accuses him of writing and recording music that capitalized on his notoriety.