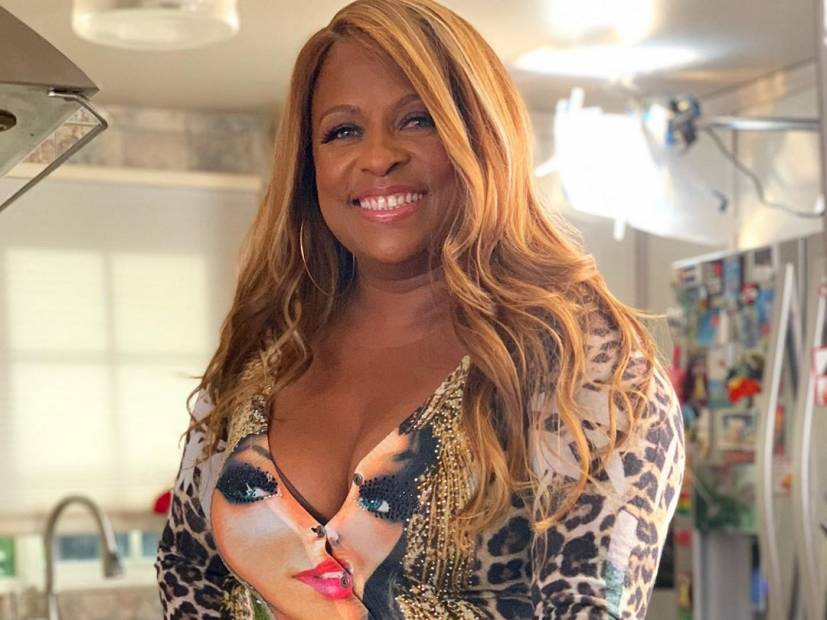 For the sixth season of Love & Hip Hop: Hollywood, former Ice Cube protégée Yo-Yo made her premiere in this week’s episode after what seemed like decades of being out of the limelight.

Throughout the years, there have been a handful of under the radar collaborations, some acting and the overseeing of the Yo-Yo School of Hip Hop in both Los Angeles and Detroit.

Taking some time to speak with HipHopDX, Yo-Yo talks joiningLove & Hip Hop Hollywood and getting back to music among other topics.

HipHopDX: This week is your debut episode of Love & Hip Hop: Hollywood season six. What was your reasoning for hopping on the show?

Yo-Yo: It wasn’t a second thought at all to be a part of Love & Hip Hop. I’m accustomed to branding and always wished I had the platform that this new generation has. For me, it was a no brainer. I know who I am and I know what I represent. I know what I bring to the table.

HipHopDX: The show has received a lot of criticism for its portrayal of the culture. As an elder stateswoman in Hip Hop, do you feel people missing something they aren’t seeing past that criticism?

Yo-Yo: It’s who I am. I’m always in the middle of some nonsense. I work with the youth. I’m teaching kids literacy and I work with the Intelligent Black Women’s Coalition. Parents call me when their 13 or 14-year-old daughters are messing up. I’m in school with the kids when they’re calling people “bitches” and spitting on their parents. It’s no different for me.

HipHopDX: The trailer featured the Yo-Yo School of Hip Hop which has been around for a while now in both Southern California and Detroit. How important was it for that to be featured?

Yo-Yo: The School of Hip Hop saved me. It really did. I was at a point in my life where I didn’t know where I was going to go or what was next for me. I thought about many things. Of course, I had my sisters and close family members in my ears saying just get a job. Hip Hop was changing so drastically as was the whole industry. I started working at KDAY when they started rebuilding the station in L.A. Just listening to people like I always do, there wasn’t a program where kids could learn beat production in the city. There wasn’t a place for a kid to learn how to rhyme. I put my kids in various programs that the city offers but, there wasn’t a place for Hip Hop. Once I did that and realized that there was a literacy problem. I knew of it but didn’t know the extent of it. Our community was dropping out of school at a fast rate, that led me to the academic side of teaching art. In a way, my journey directed itself.

HipHopDX: You were in the latest Slick Rick video for “Can’t Dance If It Ain’t Got No Soul / Midas Touch.” How far back does your relationship with Slick Rick go and what’s it like growing older with within the culture?

Yo-Yo: To me, my idols like him started way before me. First of all, anything involving Slick Rick, I’m just dumbfounded. I am always a fan. He never disappoints me with his style and just the mystery of him. He just gives that to you so I’m always in awe every time I see him. It was an honor to be in the video. Our culture of music doesn’t respect the legends who paved the way. To someone like him push through with a crowd that pushes back, it’s to be commended.

Yo-Yo: Yes, I crowned Tyeler Reign the princess of the city. I love her so much. She reminds me of me not just by her performance but, being around her and her parents. I know the conflicts that she has because she represents a strong woman not catering to the current trend of Hip Hop which can be hard. We’re chameleons as an artist and we transform when needed. To see her not transform into that person where she talking so much about sex and how she want it in every song. I commend her. I know it’s tempting though. I understand I’ve tried to transform and trend in.

HipHopDX: Any thoughts on Jermaine Dupri’s comments in regards to female MCs where he alleged that many were “stripper rappers?”

Yo-Yo: I understood where he was coming from. This sex trend is a big trend that’s hard to really touch without offending someone. Somebody has to be the gatekeeper. Someone has to talk about it. Women are dying from this trend. I grew up off of Figueroa so I’m used to seeing prostitutes, johns and pimps. It’s not a good thing for me. I even tell some of those girls to get another corner or at least try to talk to them. I try everything you can imagine. It’s not a trend when it comes to Hip Hop. There are women who have different styles and can provide their own take on things.

Then there’s this trend and if Jermaine Dupri can’t speak on this trend then it’s just another testament to the younger generation not respecting anyone.

HipHopDX: Many Love & Hip Hop castmates normally use the series as a platform for their own music releases. Should we expect anything from you in the near future?

Yo-Yo: I have a new single “Out of Control” and it’s really just a relationship song. I put Tyeler Reign on it alongside Brittany B who is also on the show. I love it. I get back in the studio for this three-generational thing. It took me a long time to do it. Second of all, I didn’t hesitate because I still love music. I’m a lot more confident now and not because of the show. I’m testing the water with singles with this new style of music. It’s a whole new set up for me the way music is produced and put out. So for me, I’m an independent contractor. With the platform of the show, I want to test the waters, working in the studio with other artists and helping them get their project off the ground.

HipHopDX: Also, why aren’t your albums You Better Ask Somebody and Black Pearl album on streaming platforms? “Bonnie and Clyde Theme” is a pivotal single from my childhood. The only album available is the Make Way For The Motherload.

Yo-Yo: We’re working on getting them up there now. I think the relationship with Cube and I, I’m not so sure. I think he was giving me access to do my own thing with it and I never moved forward with it. I think now the doors are open. I think it’s the business part of it. There are issues with the business that we’re trying to work out.

HipHopDX: So is there an issue with Cube?

Yo-Yo: No. Cube and I don’t have a problem but, I did a business deal with him. It’s a little bit of a hang-up but Cube is on my side though.

HipHopDX: There seems to be an issue with veteran artists such as yourself making that transition over to streaming including the most recent issues De La Soul has with Tommy Boy Records. How do you feel about the current platform of streaming coming from an era where you had to actually purchase music?

Yo-Yo: I love it. I’ve been a part of the industry when people were illegally downloading music. I love it. I think it’s a bigger platform for the artist. The labels weren’t going to be able to manipulate artists like they used to. Nowadays, artists can manipulate and push themselves forward. It’s an open market right now and a market that they can’t completely control. I love it because it gives new up-and-coming artists or independent artist a way in as if they were a major.

Yo-Yo: They probably going to get rid of it at Walmart now. [Laughter]

HiphopDX: Can you recall the moment you got the opportunity, the voice-over process and watching the reception of it following its release?

Yo-Yo: Exactly and we never heard back from them at all! When Pooh came to me, I thought nothing of it and it was a nice check. I didn’t think it would go anywhere because I had done that before in the past. I went in, did the recording and didn’t think anything of it. It wasn’t until one day where I was talking and this kid asked me if I was Kendl. I was like what the hell? I totally forgot. That was crazy for me. When I started meeting people who are gamers, I just tell them I’m Kendl. That’s when I realized how big gaming had become.