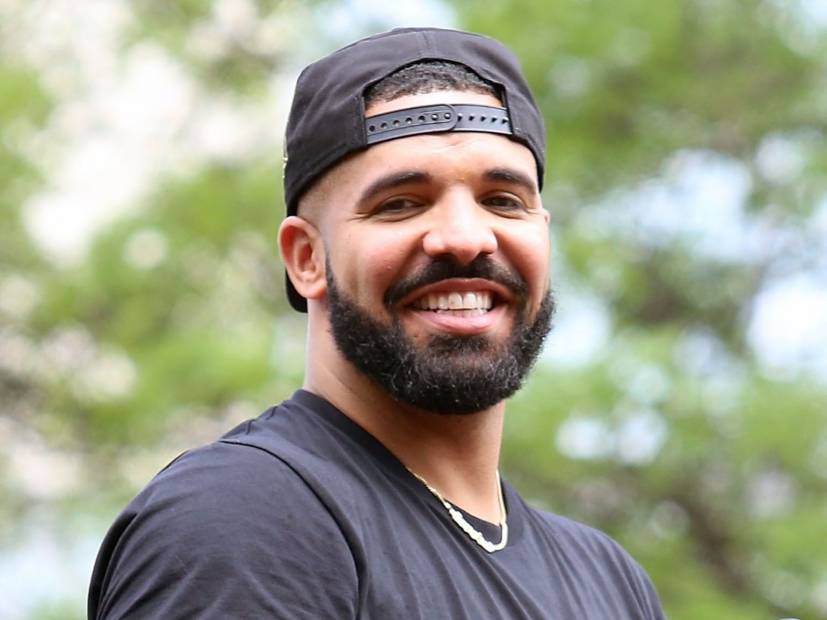 Twitter – Drake is apparently so impressed with all of his career milestones, he got John Lennon, Paul McCartney, Ringo Starr and George Harrison from The Beatles’ famous Abbey Road album cover tattooed on his forearm — and placed himself walking in front of them.

Drake has a tattoo of himself in front of the Beatles on his arm. “I got more slaps than the Beatles…” pic.twitter.com/krzzFSF2Mj

While it’s true the Toronto-bred pop (rap?) star broke The Beatles’ record in 2018 for the highest number of Billboard Hot 100 Top 10 songs in a single calendar year (The Beatles earned 11 Top 10 songs in 1964), Twitter was quick to point out Drake had the advantage of streaming, social media and the internet in general.

Drake is obviously well aware he broke a Fab Four record. On Meek Mill’s “Going Bad” cut he rapped, “I got more slaps than The Beatles.”

But even so, the new ink has caused Beatles fans to unleash on the 32-year-old Grammy Award winner.

Drake thinking he’ll ever be as legendary as The Beatles.. pic.twitter.com/EvZApXDM1l

Narcissistic tattoo. If people remember a Drake song in 50 years we will gladly eat our words.

drake stans be out there not knowing anything about the beatles and saying that drake is more popular is just funny pic.twitter.com/UUVkjisfxT

Drake got a tattoo of him leaving the Beatles behind?

Can’t even sing without pitch correction, or play an instrument 🧐@Drake

So for Drake the sit there and put himself ahead of The Beatles is pretty much saying he's a cocky person and saying he is bigger than the beatles. Drake you are a clown and when you can sell as many albums as the Beatles by cds or records you are not bigger than them

the beatles did what they did in 7 years (drake has been in the game 11 years) with no social media advertising and STILL have a lasting impact on the music industry 56 years later.. let’s see what drake is in 56 years. but despite that, this is so cocky and childish. https://t.co/0jBi0ncdDw

Go fuck your cocky ass drake with your dumb af fans who like you for the songs you don't write. You'll never be as great as the Beatles.U r making yourself look like the clown you are. 🖕🖕🖕.#Drake #TheBeatles https://t.co/GZpay00jc9

Good morning to everyone but Audrey Graham. You tattooed yourself passing The Beatles on Abbey Road. It took 4 Beatles, 2 studio musicians & a single producer to write, compose & record Abbey Road. 12 producers did all of Drake’s work. Kindly GFYS 🖕🏽 pic.twitter.com/NToTIhIZSP

Me when I read that Drake got a tattoo of him walking in front of The Beatles, just because he beat their record pic.twitter.com/rKBi992gHw

When you individually write all your top 10 songs and create the greatest album of all then you can speak. Beatles were charting for 7 years. Drake's charted over 10. Any song of his can chart due to streaming, the Beatles could only have their singles chart. Drake ain't shit https://t.co/1hS5nPqlmW

okay but remember that The Beatles got their popularity without streaming, social media, or other online promotion that shared their name and music to the world. drake has popularity with all of these new ways but The Beatles did this all on their own… #drake #TheBeatles pic.twitter.com/w5fv4jD4W9

I would be so embarrassed to have that tattoo 😂 the Beatles made hits without the help of the internet and streaming platforms. Their songs are still played to this day, Drake can never compare lmao https://t.co/WEHqH3e8XS

Take the dumbass tattoo off your arm and the smirk off your face.