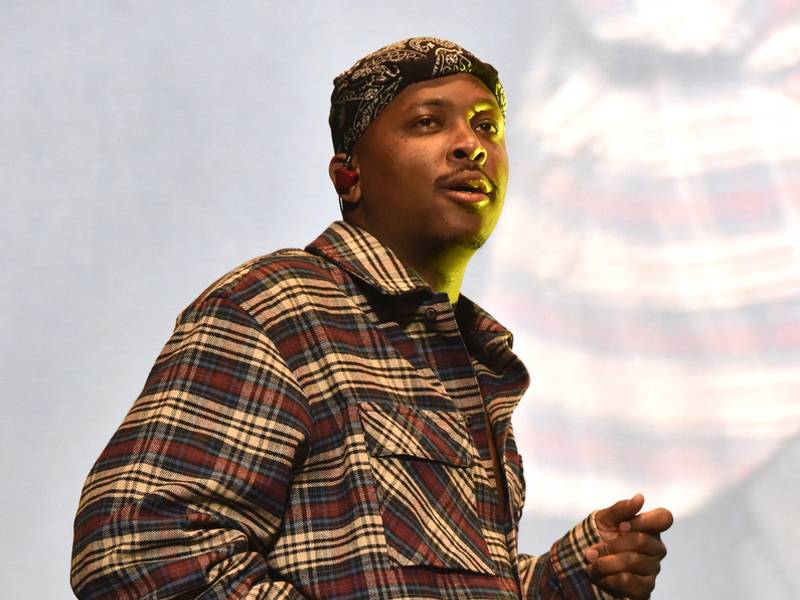 YG Gets Into Instagram Beef With Wack 100 Over Gang Ties

YG and Wack 100 clashed via Instagram after the latter called out rappers for faking gang affiliations.

Wack’s original post set things off with a subliminal diss.

“ONE THING I CAN RESPECT IS THIS – BLUE FACE CAME INTO THIS RAP GAME CRIP’N,” he wrote. “THE GAME CAME INTO IT PIRU’N-MOZZY CAME INTO IT BLOOD’N-SOME OF YOU NIGGAS WAS WEARING SKINNY JEANS AND DANCING WITHOUT A GANG SLOGAN COMING OUT YA MOUTH UNTIL YOU GOT ENOUGH MONEY TO BUY A SET.”

He also included a challenge in the caption.

“Wish a nigga would say a word I’ll embarrassed the fuck outta nigga playing with me !!!!” he declared. “Enough is enough if it’s on let it be on ….”

Wish a nigga would say a word I’ll embarrassed the fuck outta nigga playing with me !!!! Enough is enough if it’s on let it be on ….

The post didn’t sit well with YG, who responded in the comments.

Wack fired back, “I @ you on your own post little nigga ! You’d a little nigga gone always be a little nigga Mr Toot it and Boot it wasn’t a gang sign in the video all SKINNY JEANS ! The words described you that’s why ya responded you knew it was you !!!! SHOE FIT WEAR IT NIGGA.”

The controversial manager also shared a photo of YG, a Blood, allegedly throwing up a different set’s gang sign.

“All I know is that ain’t a Piru set ya throwing up and I’m not gone put ya off on the Figueora or DENA boys…#UrALilNigga I always been #818,” Wack wrote in a post that’s since been removed from Instagram.

Negros on IG with Big guns but when ya notify the IG Police it gets real. MY POINT WAS PROVEN. Just know Wack don’t delete nothing he puts up …

YG claimed Wack was uninformed on the matter.

“That’s highskool click i was throwing up,” the West Coast rapper explained. “We use to rob niggaz & run in houses & more shit that I ain’t got mention.”

He added, “Get yo facts str8 old man. You from valley you don’t know what was going on this way.”

The two continued to exchange jabs in the comments with YG telling his adversary to stop begging him for verses. Wack, who manages Blueface, contended it was the other way around.

Although YG dismissed Wack for having “Instagram fingers,” the outspoken manager believed he successfully exposed the “FDT” creator.

Check out more of their social media antics below.