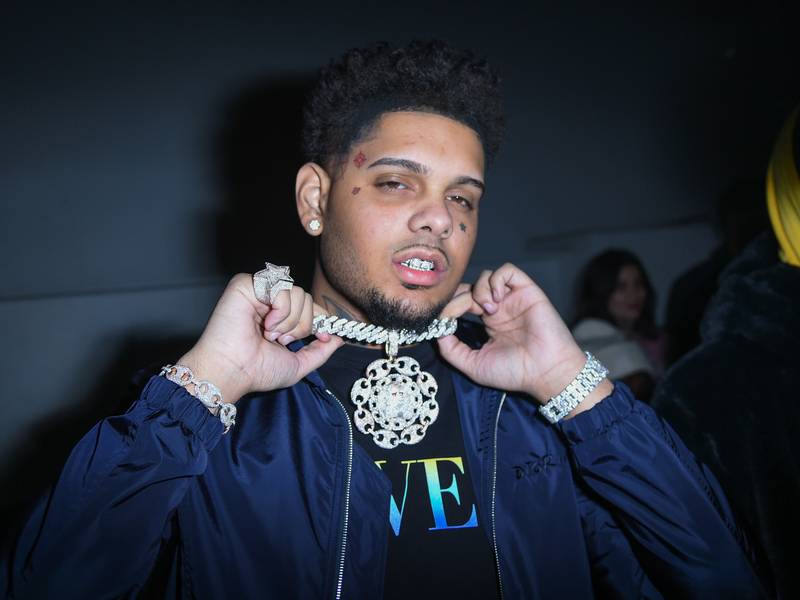 Smokepurpp has joined the growing list of people calling Tekashi 6ix9ine a snitch, but he’s not stopping with the simple criticism. The Alamo Records artist isn’t just calling 6ix9ine a “rat” — he’s also shooting his shot at the incarcerated rapper’s baby mama.

In multiple videos posted on social media, Smokepurpp has expressed in his interest in Sara Molina. The Lost Planet creator has even invited her to join his polyamorous relationship.

While talking about Molina during a recent livestream, Smokepurpp also said, “Keep 6ix9ine in jail, fuck that rat!” He doubled down on his declaration in a post on Instagram Stories.

#smokepurpp says he still gonna call #tekashi69 a rat when he comes out.

6ix9ine’s federal racketeering case is scheduled to go to trial in September. Several of his co-defendants have agreed to plea deals in order to reduce their sentences.

In a since-deleted Instagram post, 6ix9ine’s current girlfriend hinted at his potential prison release date. According to her, he could be out in January 2020. The controversial rapper has been behind bars since last November.