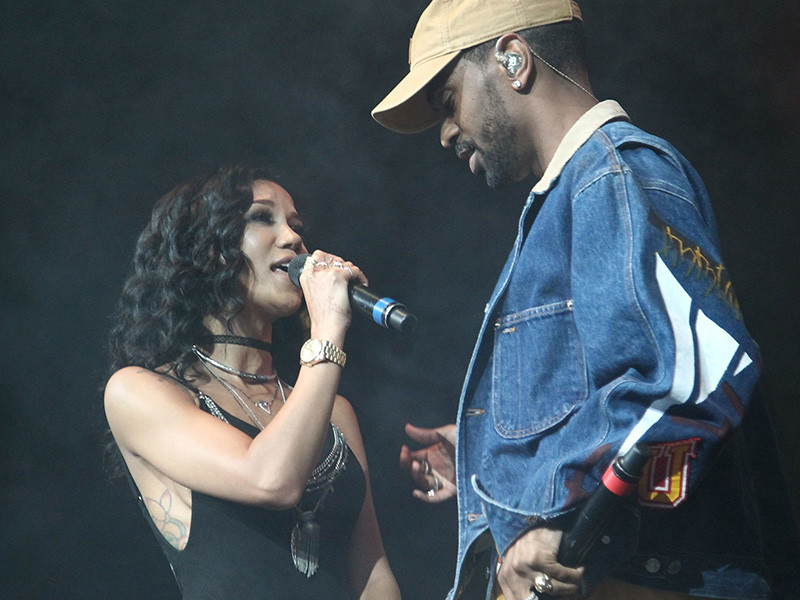 Big Sean was willing to addresses some of the social media chatter about his fizzled out relationship with Jhené Aiko this week. After a fan insinuated Sean Don was somehow responsible for the breakup, Sean confessed he was “just tryna to find a wife.”

He also insisted there’s no bad blood between the former couple.

“She’s amazing!” he wrote of Aiko. “I didn’t fumble anything but I can see from how things can look from the outside looking in. It’s all love though, that’s what you don’t understand.”

Sean, who was once romantically linked to Ariana Grande, raised a few eyebrows after he was spotted at the studio with the pop princess in the wake of his breakup with Aiko.

In March, only a few days after footage of Sean and Grande’s encounter hit the web, Aiko seemingly posted a not-so-subtle, permanent send-off to Sean. The following month, Aiko later stated she has nothing but love for her former flame.

Following Nipsey Hussle’s March 31 shooting death, she told Sean, “you are so special. to me. to the world. while we’re both still on this planet I just want to say… i love you beyond measure.

Even tho i get big mad and u trigger the fuck out of me. U make me feel. And i appreciate that. Because i thought i was dead inside. My ego has no say when it comes to you.”