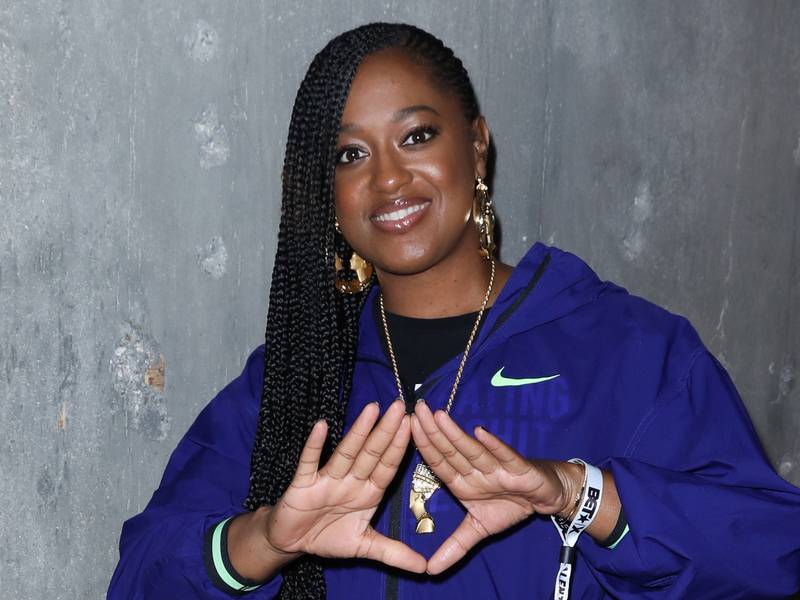 Rapsody is throwing her hat into the ring of Hip Hop’s summer release schedule. The 9th Wonder protégé has announced a new album titled Eve, which is due out in August.

In a recent interview with Essence, Rapsody opened up about the concept of her upcoming LP.

“It’s my ode to the women in my life who have made me who I am, but at the same time I realize it’s bigger than me,” she explained. “It’s more about the village of Black women. I feel like we all have similar experiences and similar stories and very similar inspirations. My last album, that was for me. That was all personal things that, you know, you can listen to and maybe you can relate, but a lot of it was for me.”

“Then the man—Adam—named his wife #Eve, because she would be the mother of all who live.” 🔻 Branded by @brickshaus

The Roc Nation’s artist’s Eve album includes collaborations with Queen Latifah and D’Angelo. It also features song titles referencing iconic women from the past and present.

“With this one, I wanted to talk about how important it is to have representation, to have women — Black women — you can look to in your life, whether it’s your mother or your sister, or you turn on the TV and you look at The Cosby Show’s Phylicia Rashad or Cicely Tyson, and now Issa Rae or Yara Shahidi,” she told Essence. “To have examples you can draw from who look like you — that inspires you and feeds you.”

Eve will be Rapsody’s follow-up to her critically acclaimed Laila’s Wisdom LP, which HipHopDX selected as one of the best albums of 2017. The project was her first for Roc Nation and earned her a Grammy nomination for Best Rap Album.