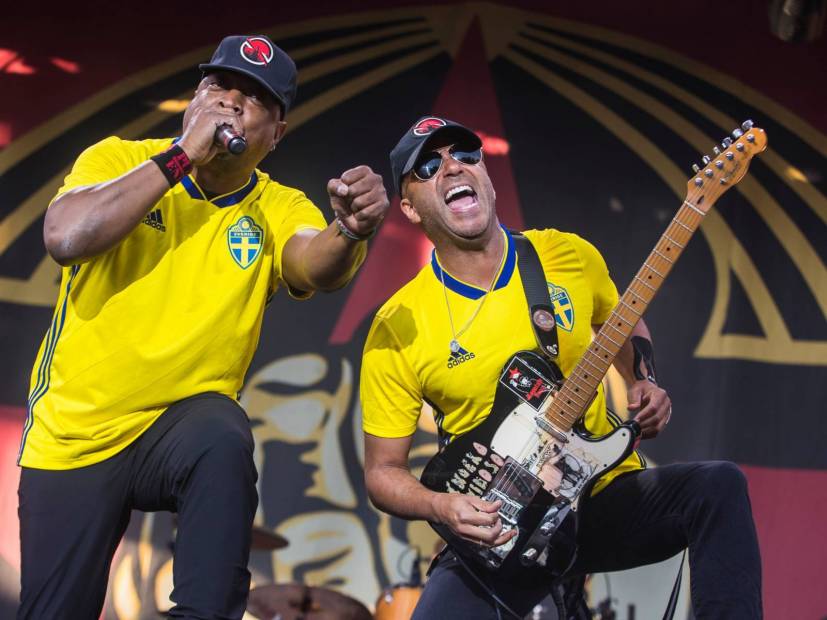 Prophets Of Rage Tackles Fascism With "Made With Hate" Single

Prophets Of Rage — the supergroup comprised of Public Enemy’s Chuck D, Cypress Hill’s B-Real and Rage Against The Machine’s Tom Morello, Tim Commerford and Brad Wilk — has returned with “Made With Hate,” their first new single since 2018’s “Heart Afire.”

The bold track takes aim at fascism, which the Merriam-Webster dictionary defines as, “a political philosophy, movement, or regime that exalts nation and often race above the individual and that stands for a centralized autocratic government headed by a dictatorial leader, severe economic and social regimentation, and forcible suppression of opposition.”

“As with many songs, this ‘Made With Hate’ was formed out of a conversation amongst ourselves about the level of passion fuel it takes to create,” Chuck tells HipHopDX. “Especially when attacking something of hate, you must create the energy to hate ‘hate.’

“To have peace, you have to despise hatred with a passion for peace and attack it. You can’t have hate take over anything especially history, so you have to fuel yourself to attack in thought word and deed with equal passion.”

Chuck issues a warning at the end of the track.

“This is not a drill, this is fascism,” he spits. “It is here, poised as a government takeover threat/Your region of the world, it is not alarmist to say these things/It is simple, truth.”

PoR is actively working on the follow-up to 2017’s self-titled debut EP, which is expected to arrive in 2020.

Check out the “Made With Hate” single above.