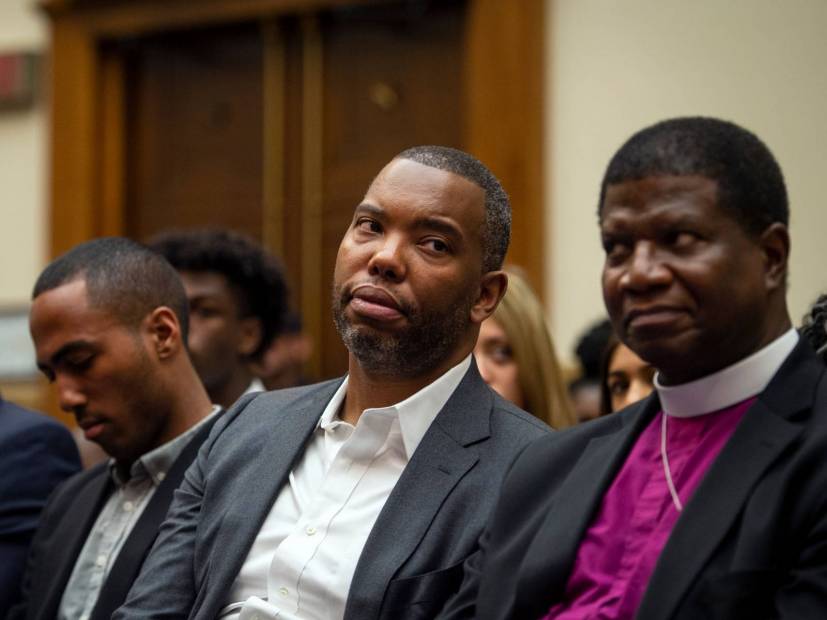 Washington, D.C. – The House Judiciary Subcommittee on the Constitution, Civil Rights and Civil Liberties held a hearing at Capitol Hill on Wednesday (June 19) to talk about the “legacy of the trans-Atlantic slave trade, its continuing impact on the community and the path to restorative justice.”

.@CoryBooker, who is running for President, says at a house hearing on reparations:

"We, as a nation, have not yet truly acknowledged and grappled with racism and white supremacy that's tainted this country's founding."

"This is a very important hearing. It is historic." pic.twitter.com/2A8cjGTy8k

During the hearing, the panel discussed H.R. 40, legislation that would “establish a commission to study the consequences and impacts of slavery and make recommendations for reparations proposals.”

In what was an undeniably eloquent response, Coates outlined how slavery still impacts African-Americans today.

Sen. McConnell's comments on #reparations display an unconscionable denial and lack of knowledge about the true nature, facts, and current consequences of the enslavement of African Americans, on which American democracy, prosperity, and white privilege are founded. pic.twitter.com/I39WEYciXk

The last time Congress held a hearing on the topic of reparations was 2007, but the idea has recently gained new traction.

Rep. Sheila Jackson Lee (D-Texas) sponsored the resolution earlier this year and advocated for this week’s hearing, while Speaker of the House Nancy Pelosi hinted her support in February during an event at Howard University.

“While we have focused on the social effects of slavery and segregation, its continuing economic implications remain largely ignored by mainstream analysis,” Pelosi said.

June 19, which is also referred to as Juneteenth or Emancipation Day, is particularly important because it celebrates the end of slavery.

On June 19, 1865, Maj. Gen. Gordon Granger of the Union Army finally notified slaves of their emancipation more than two years after President Abraham Lincoln’s Emancipation Proclamation had been written and read.

Juneteenth started in Texas and is the oldest known U.S. celebration of the end of slavery. There are 46 states with laws pertaining to Juneteenth. In fact, Pennsylvania on Wednesday became the latest state to officially recognize the day.

Twitter has exploded with reactions to the hearing. Check some of them out below.

Danny Glover speaks at hearing on reparations: "I sit here as the great great grandson of former slave — Mary Brown — who was freed by the Emancipation Proclamation on January 1st 1863. I had the fortune of meeting her as a small child." https://t.co/HdrdtKpFXd pic.twitter.com/jb6fVcB2O5

I can only hope @senatemajldr has the compassion to listen

"For a century after the Civil War black people were subjected to a relentless campaign of terror, a campaign that extended well into the lifetime of Majority leader McConnell"#Juneteenth2019pic.twitter.com/xU7EYvGzbM

.@senatemajldr, how does it feel to be publicly eviscerated by someone so much smarter than you it's hilarious? It's clever how you rig the vote to spare yourself the outcome of humiliation, but make no mistake. You were humiliated today. You're a joke.@Team_Mitch #reparations https://t.co/NaQzxPW7uq

I am 10000% in favor of #reparations for descendants of slaves! What do yall think? (FYI my voice sounds weird because I’m sick 😷 ) https://t.co/Px6AWLQF05

Some white people’s responses to the #Reparations hearing are so twisted because of learning revisionist history from our schools and their families. It’s wild. They really think their ancestors did black people a favor…. pic.twitter.com/jdw77vs0iq