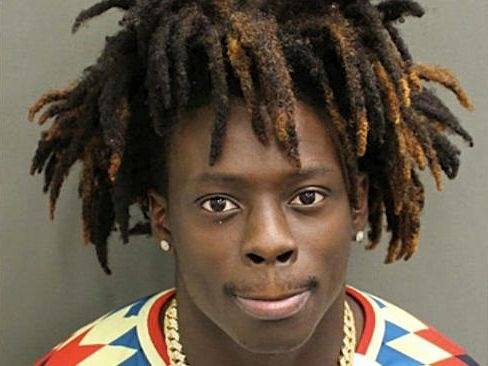 Cash Money rapper GlokkNine (or 9lokkNine) was arrested in Orlando, Florida on Friday night (May 31).

According to the Orange County Government website, he was charged with multiple counts, including possession of marijuana with the intent to distribute and illegal firearm possession.

The 19-year-old was hit with 17 charges in total, with the most serious being possession of cannabis with intent to sell, possession of a firearm by a convicted felon and third-degree grand theft of a firearm. His bond is set at $47,000.

At 15 years old,  9lokkNine was arrested in connection to a shooting that left a 17-year-old teen hospitalized. Consequently, he was charged with aggravated battery with a firearm and unlawful discharge of a firearm as well as also a violation of probation for trespassing.

Last October, the aspiring artist was arrested again on several charges, including possession of a concealed weapon by a convicted delinquent, grand theft in the third degree and possession of less than 20 grams of marijuana.

He dropped the Lil Glokk That Stole Khristmas mixtape last December, which featured YNW Melly on the track “223’s.” Four months later, he released the “Az-Za” video and followed up with a visual for “Sirens.”