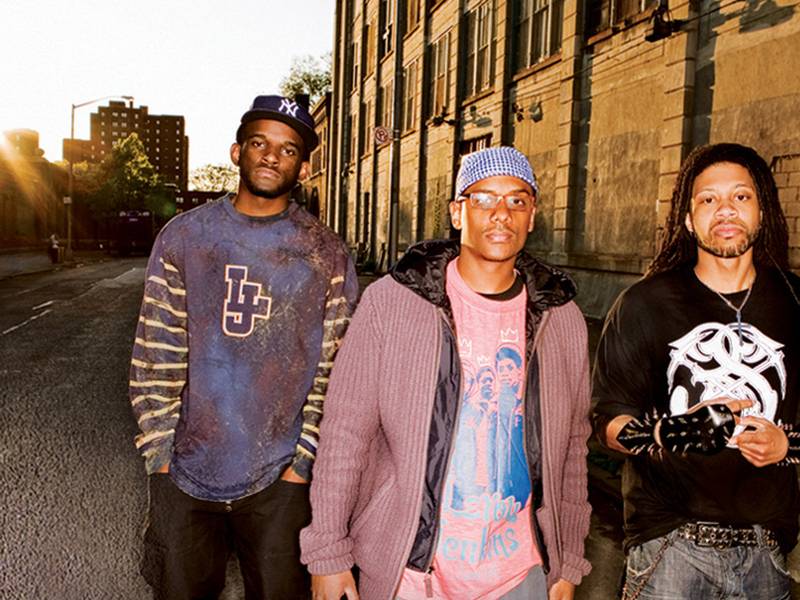 Tanya Morgan’s Brooklynati album is coming to vinyl. The group & HiPNOTT Records will release a remastered version of the LP on double transparent red vinyl in honor of its 10th anniversary.

“Brooklynati represents a lot of things to a lot of people, but for me looking back, it just feels defiant,” Donwill said in a press release. “If Tanya Morgan didn’t fit into the landscape based on name alone, we decided to run even further to the margins by making up our own city to reside in. It may not have been a real place, but we filled every corner of that city with respect for the art and love for each other in a way that made it real to so many people listening that it still holds up to this day. In my humble opinion, it’s an album that is as important to that era of music as it is to us.”

Donwill, Von Pea and former Tanya Morgan member Ilyas originally released Brooklynati on May 12, 2009. The collector’s edition vinyl, which includes unreleased material, is scheduled to drop on May 24.

“I want to thank two people who were (literally) instrumental in helping this album happen,” Von Pea stated. “Patrice Worthy challenged me to get better as a beatmaker/producer when she simply told me I could do better. She drove me to make stuff like ‘On Our Way’ and just overall the whole new approach I took. Big difference in my Moonlighting beats and this album. George Gomez is responsible for a huge chunk of the songs I sampled. I think I had ‘So Damn Down’ and ‘We’re Fly’ and that’s it … before he sent that USB full of heat.”

The Brooklynati collector’s edition is limited to 300 copies. Pre-orders are available now via Bandcamp and Fat Beats.

Check out one of the previously unreleased cuts, Keelay and Zaire’s remix of “So Damn Down,” below.